Mphoko hits back at Zacc 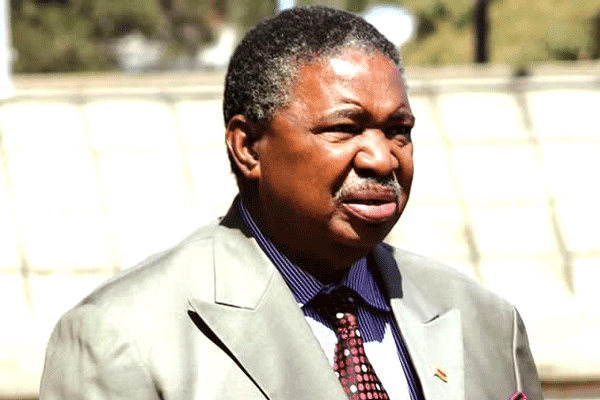 FORMER Vice-President Phelekezela Mphoko yesterday rubbished claims that he refused to co-operate with the Zimbabwe Anti-Corruption Commission (Zacc) officers on Friday, but instead, accused the latter of being dishonest, exhibiting improper conduct and wanting to arrest him without a warrant.

Zacc officers visited Mphoko at his Bulawayo residence as part of their investigations into a case of alleged abuse of office during his tenure as former President Robert Mugabe’s deputy.

“He (Zacc officer) informed (me) that there were allegations against me they were investigating and they needed my input with an aim of responding to those allegations, of which, once signed, in front of my lawyer, the case will be closed,” Mphoko said in a statement released through his daughter, Siduduzile.

“Tsindi (Zacc officer) informed (me) that this has to be done at Zacc offices at Mhlahlandlela (Bulawayo government offices). I asked them if they could bring their documents here for me to sign with the assistance and presence of my lawyer. They agreed and left.”

“On their return, later in the afternoon, they had changed their position from that of signing the document and closing the case, to arresting me. It was then that we demanded to see a warrant of arrest or court order. Tsindi informed (me) that he did not need a warrant of arrest or a court order; he carries out his duties without either of these documents,” Mphoko added in his statement.

“I enquired from him what he meant that I did not have rights as a citizen of this country and as a former VP of Zimbabwe, and ‘you just come to arrest me as if you were dealing with a piece of wood or any commodity’. He emphasised that he did not need those papers as a Zacc investigator.

“That was when we all realised that we were dealing with very dangerous people under the cover of the law. It was at that point when they were requested to leave the house, because they were not in possession of a warrant of arrest or a court order.”

Mphoko was booted out of office following the November 2017 coup that ousted Mugabe.

The post Mphoko hits back at Zacc appeared first on NewsDay Zimbabwe.