FORMER Vice-President Phelekezela Mphoko and son Siqokoqela have taken their former lawyer Welshman Ncube to court demanding payment of $1 452 205,50 he allegedly received in trust on their behalf from Choppies Enterprises Limited. 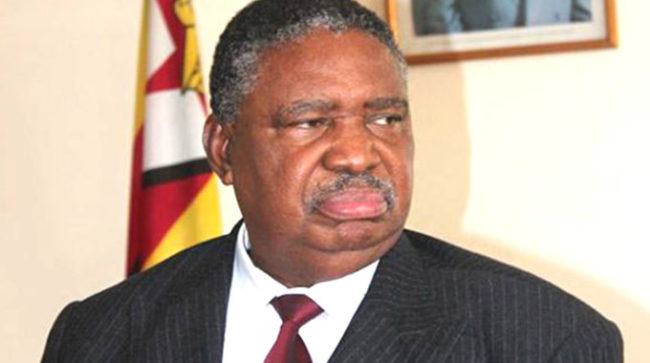 In summons filed at the Bulawayo High Court on Monday, the Mphokos cited Ncube as defendant and demanded payment of the claim.

The Mphokos prayed for payment of interest in respect of each sum of money claimed at the prescribed rate of 5% per annum calculated from January 16, 2019 being the date when the money was due to the date of payment in full.

They also submitted a demand for payment of costs of suit on an attorney and client scale.

In their declaration, the Mphokos, through their lawyer Zibusiso Ncube, submitted that the MDC vice-president, who was Siqokoqela’s lawyer when he faced fraud charges against Choppies, received the money on behalf of the plaintiffs from Choppies Enterprises.

However, Ncube did not remit the money to the pair.

Ncube is yet to respond to the summons.