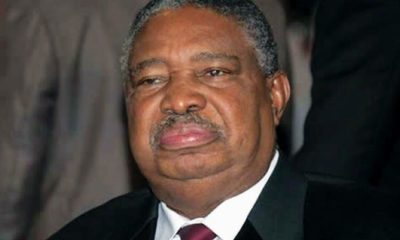 A HARARE court yesterday blocked the public and journalists from attending former Vice-President Phelekezela Mphoko’s trial saying his defence outline carried sensitive information that could lead to the violation of the Official Secrecy Act.

Mphoko, who was represented by Thembinkosi Magwaliba and Zibusiso Ncube, appeared before magistrate Trynos Utawashe.

Prosecutor Lovack Masuku told the court that after perusing Mphoko’s defence outline, he observed some issues that fell under the Official Secrecy Act and asked the court to hold the trial in camera.

Masuku also tried to have Mphoko’s wife and daughter excused from the trial, but Utawashe said in order to protect the accused persons’ rights, they should be allowed to hear the case.

“We are of the view that the matter be heard in camera. After we perused the accused person’s defence outline, we have observed that there are some issues to do with State security. The purpose of this is to protect the secrets of the State,” Masuku said.

“My learned friends had asked for the close family members to attend the trial, but we have not reached consensus and we are asking the court to determine that.”

But Magwaliba challenged the State for trying to block Mphoko’s family, saying the former Vice-President’s family was entitled to attend the trial.

“The State cannot arbitrarily take away that right; you cannot take him away from his family members. The close family members cannot be excluded from the rights of the accused person.

The proceedings in this court are not regulated by the Official Secrecy Act,” Magwaliba said.

Utawashe ruled that the trial should be held in camera and that Mphoko’s close family members could attend.

Mphoko is accused of instructing junior officers at Avondale Police Station in Harare to release former Zimbabwe National Road Administration (Zinara) acting chief executive Moses Juma and former board member Davison Norupiri, who was Zinara finance committee chairperson, from the cells in 2016 when he was Acting President.

The two Zinara bosses were accused of fraud and criminal abuse of office.

Mphoko was arrested last year by the Zimbabwe Anti-Corruption Commission.