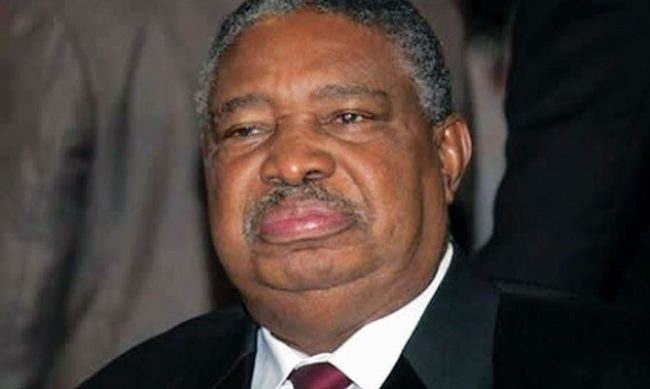 FORMER Vice-President Phelekezela Mphoko, who is facing a charge of corruptly causing the release of two government officials arrested for sleaze, has turned the tables against officer-in-charge at Avondale Police Station, saying he should have resisted his illegal directive.

Mphoko made the claim in his application for exception to the charge.

Through his lawyers advocate Thembinkosi Magwaliba and Zibusiso Ncube, Mphoko told Harare regional magistrate Hosea Mujaya that his right to a fair trial would be violated if he were made to answer to the charges which were vague, too broad and did not contain the essential elements of an offence.

Magwaliba said Mphoko had been refused adequate time and facilities to prepare his defence and the right to challenge the evidence.

Magwaliba said the allegations by the State clearly indicated that it was not Mphoko who released Zimbabwe National Road Administration (Zinara) bosses Davison Norupiri and Moses Juma from police custody on July 14, 2016, but the officer-in-charge.

He said his client could only be charged for obstructing the course of justice.

“If the officer-in-charge complied with a lawful order, then he had a complete defence to any charge of misconduct or criminal charge that he could face for releasing the two,” the lawyer said.

“But if the officer-in-charge avails himself of the defence of complying with an illegal order, still Mphoko would not be guilty of any offence since he was not a member of a disciplined force to give command,” Magwaliba added.

After filing the application for exception, Magwaliba asked the court for time to have a record of the proceedings transcribed before the State could orally respond to his application, saying he needed to note facts that are in the record for a response from the State’s submission.

However, prosecutor Michael Reza elected to respond to Mphoko’s application by February 27 before Mujaya delivers his ruling on March 4.

Mphoko is facing a charge of criminal abuse of office after he, on July 14, 2016, allegedly instructed police officers at Avondale Police Station in Harare to release two Zinara officials from holding cells without following procedure while he was Acting President.