Mpofu under fire over Nkomo

Source: Mpofu under fire over Nkomo | The Standard (Local News) 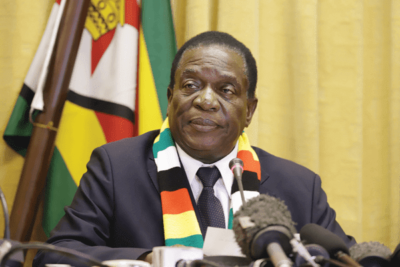 THE opposition Zapu has said the late vice-president Joshua Nkomo could be turning in his grave because of the leadership of President Emmerson Mnangagwa, whom it accused of persecuting the veteran nationalist in the 1980s, leading to him fleeing the country to seek refuge overseas.

Zapu was responding to an opinon piece published in the state-controlled media written by Zanu PF secretary for administration and former Umguza legislator Obert Mpofu.

In the article titled: Dr Joshua Nkomo happy with ED, Mpofu claimed Mnangagwa had honoured the late Zapu leader by allowing the holding of Independence Day celebrations in Bulawayo, a first since independence.

The celebrations have since been postponed because of the outbreak of the Covid-19 pandemic. Mpofu claimed the celebrations would have honoured Nkomo’s legacy.

Zapu southern region communications director Patrick Ndlovu, however, argued the late vice-president could not be happy with his tormentors who are refusing to acknowledge their “evil deeds” which led to Nkomo fleeing the country.

Nkomo was accused of trying to overthrow the government after an arms cache was allegedly found at one of the properties owned by his party.

The veteran nationalist, who also survived an assassination attempt at his Pelandaba house in 1983, was forced to flee the country fearing for his life as government unleashed vicious violence, killing thousands of civilians after the “discovery” of the arms cache.

“As a party, we are surprised that someone who defected from Zapu to join Zanu can now speak on behalf of the party,” Ndlovu said.

“They do not have any legitimacy to speak on behalf of Zapu, let alone Nkomo whom they persecuted in life.

“It is an insult to Nkomo; he died a bitter man; they never apologised and continue to refuse to do so over the Gukurahundi killings….”

The late former president Robert Mugabe claimed huge amounts of arms had been uncovered on farms owned by Zapu for use to ostensibly overthrow his government to justify the deployment of the Fifth Brigade.

After the “discovery” of the weapons, Mugabe fired Nkomo, Josiah Chinamano and Joseph Msika (all late), Transport minister and Natural Resources minister respectively, from government on charges of plotting to overthrow his government, culminating in the Gukurahundi massacres which led to the killing of thousands of civilians.

However, despite all the persecution and suffering at the hands of government, Nkomo returned home from exile in Britain and subsequently signed the Unity Accord with Mugabe in 1987.

The post Mpofu under fire over Nkomo appeared first on The Standard.

What crisis? Zimbabwe government on defensive after crackdown on dissent

Lies, damn lies and WhatsApp: Why it pays to listen to political rumours in Zim

Charamba hit back at the African National Congress