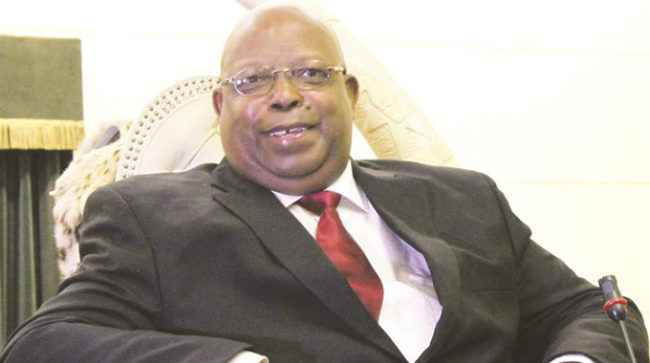 FEMALE legislators on Wednesday complained to Deputy Speaker Tsitsi Gezi over gender-based violence in Parliament in the form of verbal abuse by their male counterparts.

The issue was raised by Chirumanzu MP Barbara Rwodzi (Zanu PF), where she said female MPs were verbally abused in the House to the extent that they were now scared to make contributions.

“As women MPs we join the nation and the rest of the world in commemorating the 16 Days of Activism against Gender-Based Violence (GBV), and on behalf of female MPs, I rise to seek protection against verbal GBV abuse in this House,” Rwodzi said.

“Women in this Parliament are now becoming unproductive due to GBV suffered here and, as such, we ask your office to protect us and take stern measures against all male MPs that use verbal GBV against us.”

MDC MP Jasmine Toffa (Proportional Representation) supported Rwodzi’s point of privilege, saying that she and Harare West MP Joanah Mamombe (MDC Alliance) were always being verbally abused by Zanu PF male legislators whenever they tried to contribute to debates in the National Assembly.

“I stand in support of the MP that spoke with regards to GBV, particularly GBV verbal abuse against female MPs which continues in Parliament, where women are getting abused by our male counterparts,” she said.

“For example, there is an incident that happened to myself, whereby last week in the presence of Justice minister Ziyambi Ziyambi, an MP abused me alleging that my man was snatched from me by Mamombe. As I speak, I am actually looking at those MPs. It ends up affecting the confidence of female MPs.”

Toffa also said the Speaker should protect female MPs, as this week, there was also an attack on two female legislators following social media posts to the effect that they were caught in the Parliament toilets engaging in sex with male MPs.

Gezi said the issues raised by the female legislators were important, adding that they needed protection.

Meanwhile, MDC chief whip in the National Assembly, Prosper Mutseyami, challenged the Speaker of the National Assembly Jacob Mudenda’s ruling punishing the opposition legislators by docking five months of their allowances and also setting up a privileges committee to investigate them for snubbing President Emmerson Mnangagwa in Parliament.

“The Speaker already ruled that members of the opposition will not be entitled to allowances for five months, but the Speaker has put that issue again for investigation and yet he made a judgment that MDC legislators must be investigated,” he said.

“Madam Speaker, in that regard, I need to put it to your attention that probably the Speaker lapsed with regards to the issue which I stand to oppose clearly because a judgment had already been made and we are suffering the fate of allowances and I seek guidance and a response from the Speaker, which is democratic in respect of the issue at hand.”
Gezi said she would apprise Mudenda in respect of the issue.