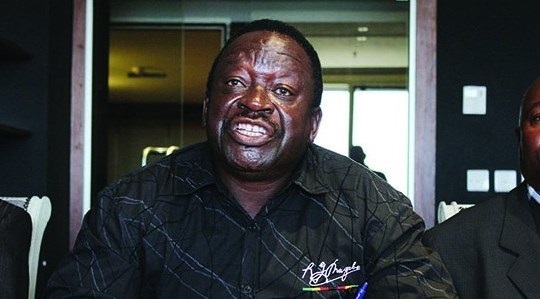 HARARE – Legislators from across the political divide have blasted government for failing to improve the welfare of those who took part in the bush war of the 1970s which brought about independence in 1980.

Debating on a motion raised by Zanu PF Member of Parliament for Mutasa South, Irene Zindi, mid this week on the welfare of the ex-combatants, legislators were unanimous that government should do more to recognise the sacrifices made by the ex-combatants.

MDC MP for Mabvuku-Tafara, James Maridadi, said it was disheartening that those who played critical roles during the armed struggle were not recognised by government.

He said that the country was still discussing about the welfare of war veterans 38 years after independence was an indictment on the powers-that-be.

“Some of them joined the armed struggle at the age of 15/16 having been taken out of school,” said Maridadi.

Independent lawmaker for Norton, Temba Mliswa, said very little has been done to recognise those who participated in the liberation struggle, some of whom have become the laughing stock of society.

“We have for a long time attacked so many countries for interfering with our affairs yet the aspect of the war veterans and freedom fighters absolutely has nothing to do with interference.

“Tshinga Dube, when he was the minister of War Veterans, is probably one of the few who were sincere in addressing the matters of the war veterans and in no time, he was fired.

“Now, we have the Vice President (Constantino) Chiwenga, who is now responsible for the war veterans. True, he is a war veteran and we would actually expect the welfare of war veterans to be taken care of but once again, it is not being taken care of,” opined Mliswa.

He recalled an incident in his constituency when he posed a question to war collaborators, war veterans and restrictees, seeking to find out if they owned vehicles.

Nduna said his audience had instead braved to the meeting using bicycles, and some even with the aid of crutches.

He said his audience cried and lamented at the neglect they were suffering at the hands of government.

“It is time we addressed their concerns. We need to use what we have to get what we want and what we have is that ubiquitous amount of mineral wealth.

“We have more dams and copious amounts of water bodies in Zimbabwe. That is what we should use in order to address the concerns of the liberation struggle and those that went through it; the war veterans, war collaborators and restrictees,” he said.

Nduna said one of the ways through which the country could adhere to the ethos and values of the Constitution, was through recognising and respecting those who participated in the liberation struggle.

He said some of them still have shrapnel from the war times and they cannot afford to have adequate treatment because they are poor.

“Their children are not capable of going to primary school, let alone universities and government needs to address this matter urgently,” said Chasi.

MDC MP for Binga North Prince Dubeko Sibanda said currently, war veterans were being held to ransom whereby they have to be at the back and call of certain politicians in order to get what is supposed to be an entitlement.

“It is my view, that it can only become an entitlement if as a nation, we come up with policies that are unambiguous and directly speak to what war veterans are supposed to get,” he said.

He said the war veterans were among the interest groups that were used to push out former president Robert Mugabe in November last year, but when the sharing of spoils came, only those who were serving soldiers came out smiling.