MPs say no to schools reopening

LEGISLATORS on Thursday threw their weight behind teachers unions in Zimbabwe and recommended that schools should not open amid the COVID-19 pandemic as it might be genocidal. 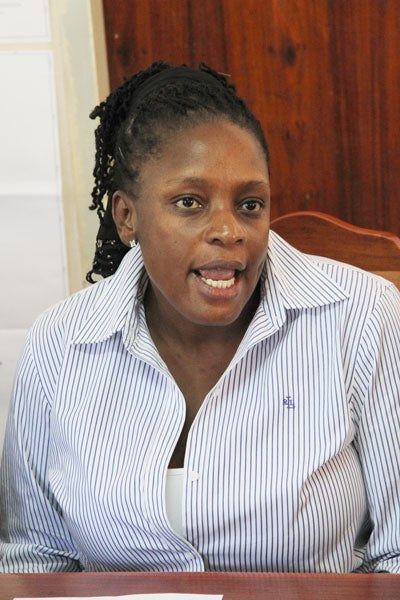 Legislators across the political divide said “our children cannot be used as experiments” during debate on a report which was presented by chairperson of the Parliamentary Portfolio Committee on Primary and Secondary Education, Priscilla Misihairabwi-Mushonga.

It was noted school children, parents, and teachers unions were against the government directive that schools should open as the country is severely unprepared.

On Wednesday, when Finance minister Mthuli Ncube appeared before the Budget and Finance Committee, MPs asked him how much he had allocated for schools opening.

In response, Ncube said he was still waiting for the Primary and Secondary Education as well as the of Higher and Tertiary Education ministries to give him their budget breakdowns on re-opening of schools amidst COVID-19.

“Young people said we have not done enough to settle their fears and messages on COVID-19. We have also underestimated the psychological effects that coronavirus has on our children,” Misihairabwi-Mushonga said.

“The Ministry of Primary and Secondary Education said they will need $21 billion to reopen schools. Teachers’ unions were united to say that they cannot proceed to open schools unless they have PPEs [personal protective equipment], test kits, thermometers, sanitisers and running water and the last time we checked those things were not there.”

She said despite that schools would be opened in a phased approach, even though the $3 billion for phase one was not available.

“There was no response that says it is going to be available,” Misihairabwi-Mushonga said.

“The Ministry of Primary and Secondary Education said they were going to have a conversation today (last Thursday) with Treasury. The truth of the matter is that the money is not yet there.”

All MPs that contributed to the debate said there must not be a rush to re-open schools, even suggesting that schools can as well open next year if COVID-19 remains a serious threat as education is for the living.

This will enable Zimsec to come up with institutional and physical framework to designate all polling stations as examination centres to achieve social distancing if it continues with the exams.

“So our position is, we are not ready as a country to proceed with examinations on the dates that have been set by Zimsec. Let us adopt the Zec framework in running examinations,” Misihairabwi-Mushonga said.

“That may sound ridiculous, but when we do elections in this country, we literally have 10 958 polling stations.

Let us do our examination centres polling specific because it is nearer for our children to go to a polling station and write their examinations.”

Makoni North MP James Majoni asked: “Which syllabus do they want to examine children on when they have not been learning?”

Kuwadzana MP Miriam Mushayi added: “Children are not psychologically ready to write exams.”
Several other MPs said children were not guinea pigs to be experimented on. The committee suggested e-learning to be adopted as it was now a new normal in the COVID-19 era.

The post MPs say no to schools reopening appeared first on NewsDay Zimbabwe.