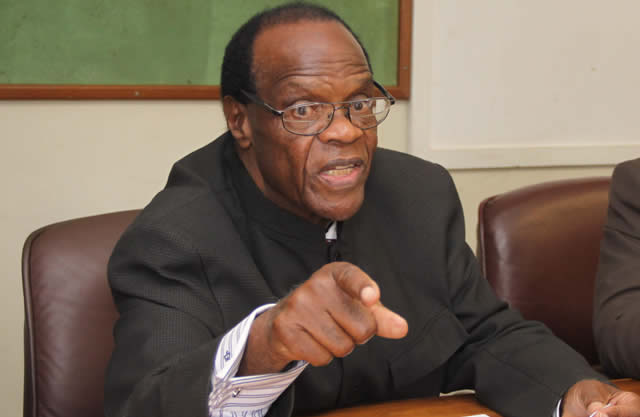 FORMER Registrar-General (RG) Tobaiwa Mudede has been taken to the High Court for allegedly encroaching onto his neighbour, Roti Gadzika’s farm in Mazowe.

Gadzika claims in his court papers that Mudede had deprived him of access to at least 60 hectares of farmland at Ballineety Farm in Mazowe which they share, after the former RG, who was only allocated subdividion 1 of the farm, applied for more land from subdivisions 1 to 13, leaving only subdivision 14 for him.

He said he had made a similar complaint to the Charles Utete-led Lands Commission.

“The disputed area contains some boreholes which I use to irrigate my crop. Mudede is denying me use of boreholes and electricity transformers in the disputed boundaries. He has threatened to evict some of my workers from the compound without notice or a court order.”

Gadzika said he had to seek the High Court’s intervention upon realisation that the Land Commission did not have statutory powers to direct Mudede to stop his unlawful
activities.

Mudede is yet to respond to the application.