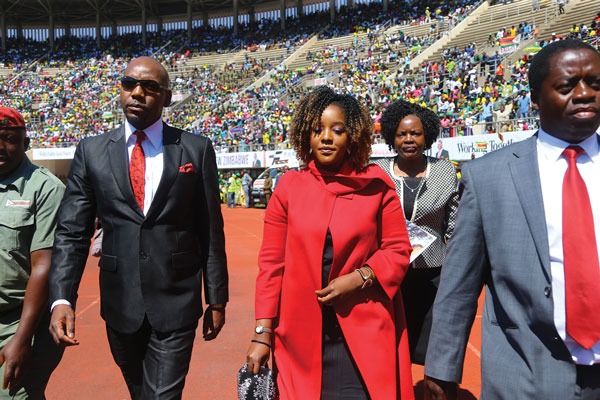 Chikore (41), who surrendered himself to the police upon return from Asia, was not asked to plead when he appeared before magistrate Elisha Singano, who remanded him to November 7 on $30 bail.

Police allegedly swooped on Chikore at the Robert Gabriel Mugabe International Airport and briefly detained him before releasing him into the custody of his lawyer Jonathan
Samukange.

As part of his bail conditions, Chikore was ordered to reside at his given address and not to interfere with Zakeyo.

However, Samukange placed the State on notice that on the next remand date, he would file an application for refusal remand if they fail to furnish him with a trial date.

Allegations are that on June 7 this year, Mutimbe, who was on duty, connived with Chikore to unlawfully detain Zakeyo at Zimbabwe Airways premises after she had been dismissed from work.

Chikore, who was Zimbabwe Airways boss and consultant, allegedly clashed with Zakeyo after he accused her of selling the company secrets in breach of confidence and being disloyal to the stuttering airline.

Zimbabwe Airways had purchased four planes, two of which were delivered to Harare from Malaysia and grounded before being flown back for maintenance.

Zakeyo was then allegedly caught in a purge of senior staffers whom Chikore accused of being disloyal.
At the time of the detention on June 7, Zakeyo told a local newspaper that she received a letter from her boss Chikore and demanded that she responds to various allegations levelled against her.

Among the charges against Zakeyo were of holding unsanctioned meetings outside the company premises and trading sensitive information.

She said she received an e-mail from Chikore demanding that she writes a report detailing her dealings with unnamed external parties.

Zakeyo further said she was kidnapped for more than two hours and denied her access to her lawyer Philipa Philips.
She was allegedly then detained to force her to sign her dismissal letter after she had refused to sign the document.

Zakeyo allegedly told her assailants that she could only sign the documents in the presence of her lawyer.
It is alleged when she refused to sign the document, Chikore locked the office and called the police, saying there was a person who was causing trouble at the company.