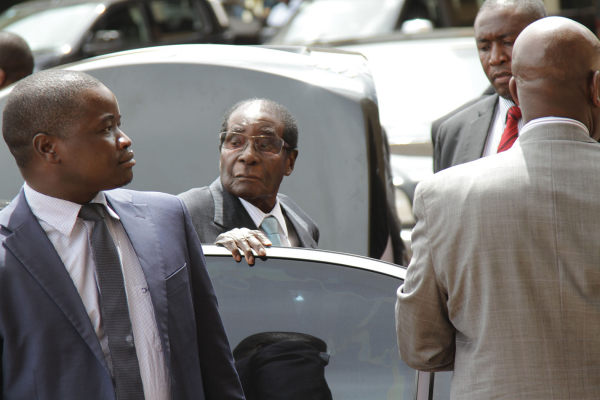 The Mugabes are yet to enter appearance to defend the case.

According to court papers, Nhari and Zirebwa allegedly signed a deed suretyship binding themselves as co-principal debtors to pay $442 every month for the former First Family’s business.

“On October 11, 2012, the plaintiff (Levgal Investments), and the first defendant (Alpha Omega Dairy) entered into a lease agreement. The terms of the agreement of the lease were inter alia that; the first defendant would lease from the plaintiff, immovable property known as Stand No. 3246 Salisbury Township, 30 Simon Mazorodze Road, Southerton, Harare, Zimbabwe,” the firm said in its declaration.

“….In addition to the basic monthly rental, first defendant would pay a monthly sum towards operating costs of the property.”

According to the terms of the lease, monthly rentals were supposed to be paid in advance to Dawn Property Consultancy, free of exchange and bank charges and without deduction whatsoever on or before the first day of every month”.

But, Mugabe’s family business allegedly failed to meet its contractual obligation, prompting the consultancy firm to approach the court for recourse.

“In compliance with the agreement, plaintiff gave vacant possession of the property to the defendant, which property first defendant remains in occupation of.

“In breach of the agreement, however, first defendant failed, refused and/or neglected to pay monthly rentals and operating costs timeously and to that end is in arrears to the plaintiff of the sum of $29 134, 22,” the firm said.

The consultancy firm is now seeking to recover the full amount owed and wants Mugabe’s company evicted from the property.