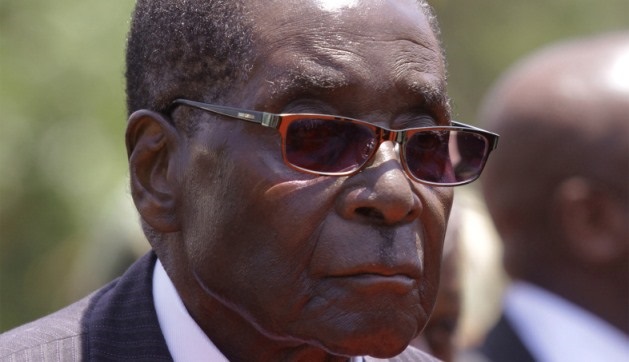 For months now, the murky and fledgling new carrier — which has been linked to the family of fallen strongman Mugabe — has been in the news for the wrong reasons, including for its controversial and opaque purchase of “new” aircraft.

Agitated sources at Zim Airways, where Chikore continues to play an unclear role since his equally controversial and short stint at flag carrier Air Zimbabwe, told the Daily News yesterday that they were at “a loss” as to why Gumbo was allegedly protecting Chikore.

“We are all shocked as to why the minister continues to protect and shield Simba, including from a long due arrest following his (alleged) kidnapping of Bertha.

“We thought that the law should be used fairly and without favour in the new dispensation, but the minister is the one who has said that Simba must not be taken in by the police.

“Indeed, he (Chikore) was never taken to the police station even on the day he (allegedly) kidnapped Bertha” one of the sources said.

In the meantime, the Daily News learnt last night that Zakeyo herself had, in addition to laying a charge against Chikore, now also since reported him and Zim Airways to the Zimbabwe Anti-Corruption Commission (Zacc).

Contacted for a comment, an irate Gumbo said he was not aware of this latest development, adding that Zakeyo should have approached him first, instead of filing a report with the anti-graft body.

Wading into Chikore’s kidnapping saga, Gumbo also said Mugabe’s son-in-law had “the right” to fire Zakeyo — also condemning her initial decision to file the kidnapping charges with the police.

“She has not even appealed to me for recourse (on Zakeyo’s resorting to contact Zac) … she was once fired by Air Zimbabwe and the person who employed her there is Simba, and now that they are turning on each other, she cries foul.

“I understand that Bertha was a bit stubborn. He (Chikore) told us that she refused to vacate the offices,” Gumbo said.

“Simba just gave me the letter which he had written to her, and he has the right to fire, and he fired Bertha.

“From what Simba said, there was no case at all (worthy of reporting to the police). I don’t interfere with the police because it is a labour issue that has nothing to do with the minister,” he added.

On her part, Zakeyo has accused Chikore of kidnapping her, claiming that he had held her hostage in the office for nearly two hours — against her will.

She said this had happened after she received a letter from Chikore demanding that she writes a report over a battery of charges against her, which included allegedly holding unsanctioned meetings.

The following day, she was served with an employment severance letter, at which point the fracas ensued after she refused to hand over a company cellphone that she was using, and which allegedly had incriminating evidence against Chikore.

Chikore was briefly chief operating officer at struggling flag carrier Air Zimbabwe. It has been claimed that he and Gumbo were intimately involved in the formation of Zim Airways, as well as the controversial purchase of the new airline’s aircraft.

The minister in particular has come under withering criticism following Zim Airways’ acquisition of the aircraft from Malaysia — including a Boeing 777 jetliner — which was recently sent back to the Asian country for repairs before it had made a single commercial flight.

Gumbo had until the receipt of the Boeing 777 wide-bodied plane in April insisted that the Zim Airways was owned by the Zimbabwe Aviation Leasing Company (ZALC) — which all along was said to be fronted by Zimbabweans living in the Diaspora.

The minister has since made a stunning volte face, and is now claiming that ZALC is a fully government-owned entity.

Gumbo has also claimed, among other things, that the government had kept the deal to register Zim Airways under wraps to evade the seizure of its planes by former commercial farmers — whose land was seized by the State during the country’s chaotic agrarian reforms.

As a result, Gumbo and finance minister Patrick Chinamasa have been hauled over the coals on the Zim Airways deal — with the public accusing them of “misrepresenting facts” to conceal crucial information pertaining to both the ownership of the airline, as well as the purchase and full cost of its aircraft.

The first “Mugabe plane” touched down in Harare on Apreil 11 this year, at a glittering ceremony that was attended by many government officials.

It was brought as part one of the opaque deal that will see a total of four wide-bodied planes that will eventually be sourced from Air Malaysia for Zim Airways.

Government is also set to bring in two Embraer jets as part of the arrangement— raising more concerns about the Air Malaysian deal.

Investigations by the Daily News have revealed that the Malaysian planes are part of the 12 which were manufactured on order by Boeing in 1994, and which were delivered to Malaysian Airways three years later in 1997 — where they have been operating until they were retired.

The “new” Boeing 777 jetliner that has been delivered to Zim was recently flown back to Malaysia for A checks and other maintenance works.