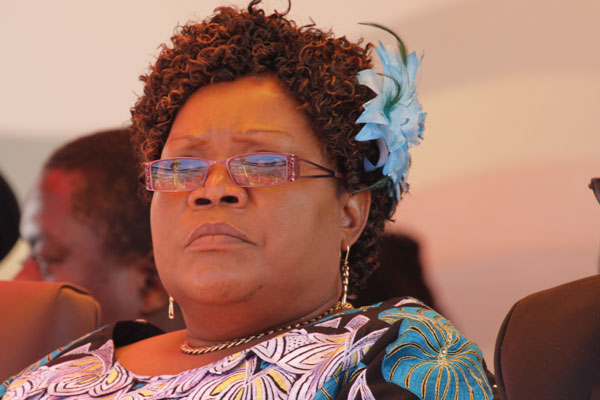 WAR veterans in Mashonaland West have called on the Zanu PF provincial leadership to “ring-fence” the ruling party’s parliamentary seats amid reports that former Vice-President Joice Mujuru’s National People Party (NPP) and other opposition parties had made significant inroads into the province.

The call was made by provincial war veterans leader, Cornelius Muhoni during a consultative meeting in Karoi last week.

Muhoni appealed to war veterans, collaborators, ex-detainees, women and the youth to “ring-fence” the province against the opposition in the upcoming general elections. Mashonaland West, East and Central province previously used to be regarded as “no-go areas” for the opposition.

“We have received reports that Mujuru’s NPP party is campaigning in Gache-Kache area, in Kariba rural and we cannot stand by and look,” he said.

“In Hurungwe East, Sarah Mahoka is accused of making a comeback as renewed G40, we must have our teams there led by war liberators and spearheading these campaigns for Zanu PF to win elections. We want these elections to be free, fair and no violence and intimidation.

“We cannot dissolve Hurungwe district structures now as it will cause more harm than good. We must understand that as time is against us.”

“How can you sell out the revolution through beer? Is it poverty? Yes, we know during the Robert Mugabe, era war veterans were reduced to beggars, but we must stand up and fight for our future that looks bright,” he said.

Speaking at the same meeting, provincial chairperson and Hurungwe West MP, Keith Guzah, hailed war veterans for fighting hard to ensure Zanu PF electoral victories in previous elections. “Had it not been the war veterans we could not won Hurungwe West as the likes of Ignatius Chombo had no clue on how to win against (Temba) Mliswa. War veterans camped in schools for the party to win and I would like to apologise on behalf of everyone who has belittled war veterans,” he said.

The meeting was attended by war veterans, ex-detainees and war collaborators from Makonde, Chegutu, Mhondoro, Norton, Kadoma, Sanyati and Kariba.