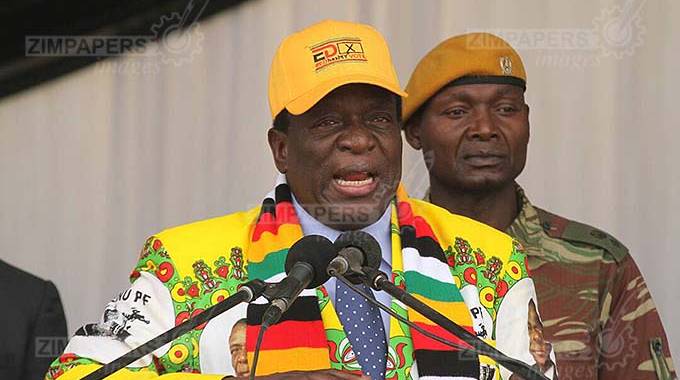 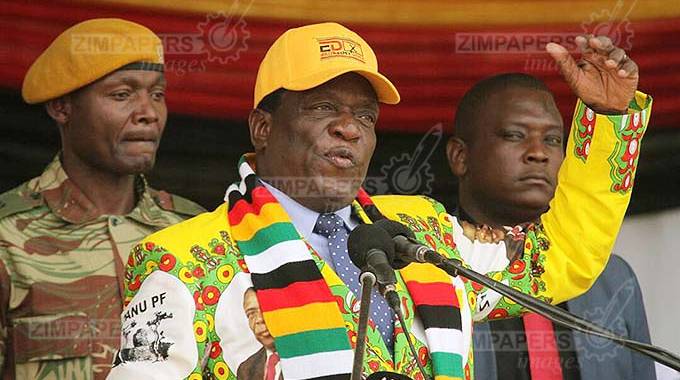 Levi Mukarati in GWERU
Zimbabwe recently witnessed game-changing investment proposals, with companies from formerly hostile countries scouting for business opportunities, signalling positive results from re-engagement processes. President Mnangagwa yesterday said it was pleasing that giant multinational companies like General Electric from the United States were in the process of setting up shop in Zimbabwe.

He said this was despite economic sanctions imposed on Zimbabwe by the US in 2002 over the land issue. The President said this demonstrated willingness by Mr Donald Trump’s administration to engage Zimbabwe.

President Mnangagwa said this while addressing over 40 000 youths at a convention in Mkoba yesterday. “We are entering a very interesting economic period in Zimbabwe,” he said.

“Each day that passes, more and more investors are coming to Zimbabwe. Why are they coming? Because they know the current dispensation preaches peace, unity and we are focused towards developing our country. “As the industries are recovering, as electricity is being produced, we believe that in five years, according to our programme, we will have additional 2 000 megawatts of electricity.

“We have the Americans that have imposed Zidera on us, which provides for sanctions for people not to invest in Zimbabwe. But as we speak, we have a big company from America that has come and wants to do the Batoka Gorge (electricity project) at $5,2 billion,” said the President.

“We asked how are you going to invest and they said the Trump administration is giving us a blind eye. So, things are changing; we have since written a letter to our counterparts in Zambia on the project because we share the project.”

President Mnangagwa said the Chinese had this week released funding for the Hwange 7 and 8 electricity project. He said the venture was estimated to create about 1 000 jobs.

“Within the last five to six months we have attracted, in this country, around $16 billion in terms of projects alone and this must go towards the creation of employment.”

President Mnangagwa reiterated that Zimbabwe would be a middle income economy by 2030. He indicated that Government was working on reviving industries in Bulawayo and the railways system.