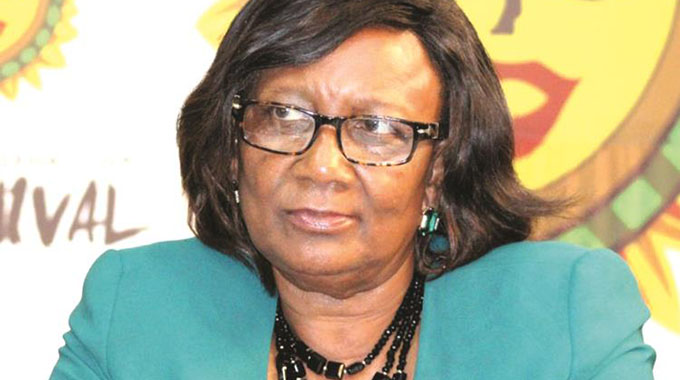 FORMER Cabinet Minister Prisca Mupfumira and ex-Secretary for Public Service, Labour and Social Welfare Ngoni Masoka yesterday had their request to have their hearing set for May turned down.

Harare magistrate Mr Hoseah Mujaya turned down Mupfumira and Masuku’s request and ordered them to return to court on March 24.

Mupfumira and Masoka had applied for a review of Mr Mujaya’s decision to dismiss their application for exception to the corruption charges they are facing.

The High Court reserved judgment in the matter.

“They have to look into the matter and give a ruling, which means they need time to look into these complex matters. We all seem not to know when they will make a determination. To avoid burdening the court with this matter without knowing when it will be determined at the High Court, we apply that the matter be set for May 5,” said Mupfumira through her lawyer.

She also argued that there will be no prejudice on her part and that of the State if the matter was given a longer remand date.

Masoka, through his lawyer Farai Mushoriwa, concurred with Mupfumira saying it will also reduce costs on their part.

He told the court that giving the matter a longer remand period would be fair to both parties.

The State led by Mr Loveit Masuku argued that in light of the specialised courts’ determination to expedite corruption cases, it was likely that the High Court will not take long before making a determination.

“In light of the specialised courts’ view of expediting corruption cases, this case will not take long. What if the judgment is handed down tomorrow, what will be the reason of giving it a long remand,” said Mr Masuku.

Meanwhile, the State has indicated that it intends to merge the docket of the current case and another in which Mupfumira is appearing on separate corruption charges with former NSSA general manager Elizabeth Chitiga.

The case involves a housing tender scam for $31 million. Allegations facing Chitiga are that she misrepresented to the NSSA board’s investments committee that the parastatal required money to invest in five projects.

She reportedly lied that the NSSA board had approved the projects.

It is the State case that NSSA and the National Building Society (NBS) convened a strategic meeting in September 2016.

In their resolutions, they mandated NBS to ensure the provision of 10 000 low-cost houses countrywide.

The court heard that NBS conducted road shows headed by Engineer Silas Mukono with a view to identifying willing partners.