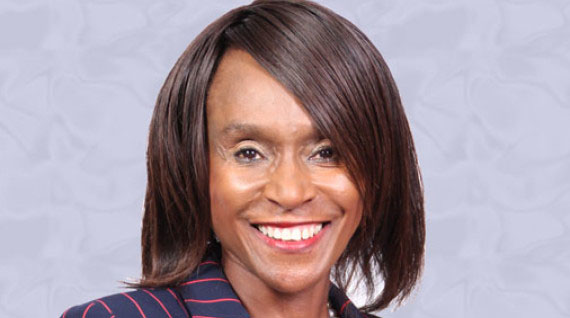 Veteran insurance expert and managing director of one of the country’s top insurance brands, NicozDiamond, Grace Muradzikwa has stepped down, but is set to bounce back into business in the next month or so.

She steps down from NicozDiamond with effect from 1 March 2019, with Mr David Nyabadza taking over. The development follows NicozDiamond’s merger with TristarInsurance Company owned by parent company First Mutual Life.

Mrs Muradzikwa who has been in the insurance business as way back as 1984, however, said after serving her notice, she will take a short break, probably a month before starting work again.

She was, however, not at liberty to disclose her next adventure.

“I want to take a break and recharge,” said Mrs Muradzikwa in a phone interview with The Sunday Mail Business.

Her work in the insurance business started at Zimbabwe Reinsurance Corporation in 1984, when she worked in the human resource department before venturing into marketing, years later.

She was to later assume the managing director’s role for the then Diamond Insurance Company in 1995 before the company was merged with National Insurance Company of Zimbabwe in 2002 to form NicozDiamond, which was then listed on the Zimbabwe Stock Exchange in the same year. But because of its acquisition by First Mutual Life, and the subsequent merger with TristarInsurance Company, NicozDiamond was delisted from the ZSE on August 20, 2018.

At her last analysts briefing for NicozDiamond, Mrs Muradzikwa could not help but go nostalgic about her journey as one of the very few women at the top of Zimbabwe’s corporate ladder. Clara Mlambo of BAT and Mercy Murevesi formerly of GetBucks probably count as the only other women to head ZSE listed entities.

With emotions visible in her face and audible in her voice, Muradzikwa took those in attendance down memory lane, from when it all started back in January 2002, when insurance companies, Nicoz and  Diamond merged to form NicozDiamond (NDI).

Then, she never appreciated the role of analysts and the media, who, without any experience of running companies, questioned her company’s activities.

Said Muradzikwa: “I used to have butterflies just thinking about analysts’ briefings. I remember some of the questions coming from the young people from the analysts’ fraternity.”

“I would go back to the office saying you know these young people, have they ever run a company. It’s easy to sit there and critic performance when you have never actually been right at the helm of a company, having sleepless nights about what you are going to do about costs, making important decisions in a hyperinflation era.”

But it’s a journey she is now happy to have walked with analysts and the media, whose questions and criticism, she says, helped her team think outside the box.

“Regional expansion strategies have been an experience that provided her with opportunities to learn and share from other markets.”

This to Muradzikwa was an awesome experience which also afforded her a chance to learn Portuguese, a lesson she was to later use when they opened shop in Mozambique.

Calling some milestones throughout the journey as “exciting periods” and the venture into Mozambique as “our baby”, Grace took time to highlight other achievements such as getting an A+ rating for NicozDiamond’s claims paying ability and also attaining ISO certification.

She also boasted of how her company was the first to come to the market with a rights issue, post- dollarisation, with the 67 percent subscription rate setting the limit for other companies who followed with their own rights offers.

But her journey has come to an end, at least for now.