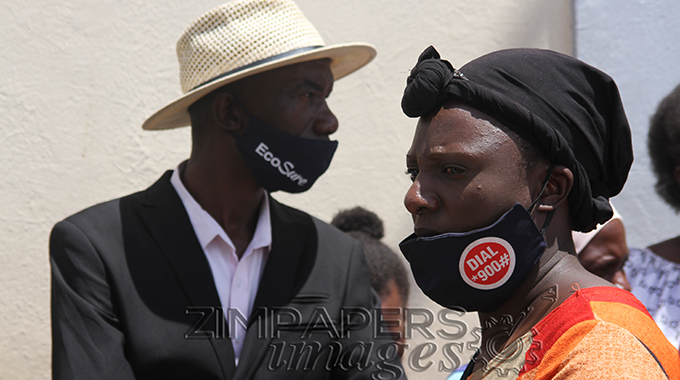 The late Tapiwa’s parents at the High Court yesterday

Thanks Makore, the prime suspect in the apparent ritual murder of his seven-year-old nephew, will have to wait a little longer in remand prison after the High Court deferred ruling on his bail application.

This came as the boy’s family is demanding justice in the matter, which has dragged on for three months. Family, friends and relatives who had come for the late Tapiwa Makore court hearing in Harare.

Though Justice Benjamin Chikowero was expected to give his decision on the matter, he notified the legal counsels for both parties that his ruling was not yet ready and would be delivered in due course.

Makore (56) is the uncle to the slain boy whose grisly murder on September 17, left the entire nation shell shocked.

A relative, Mrs Beula Musupai said the family was still in pain following Tapiwa’s murder and expressed worry over the slow pace with which the matter was being handled. Thanks Makore was arrested in connection with the suspected ritual murder of his nephew, amid allegations that he was given the boy’s head and arms.

He is seeking bail and is in custody pending trial with his co-accused Tapiwa Makore Snr, Tafadzwa Shamba and Maud Hunidzarira.

Thanks was reportedly the mastermind behind the unsettled murder and is believed to have offered to pay US$1 500 for the head and arms of the deceased.