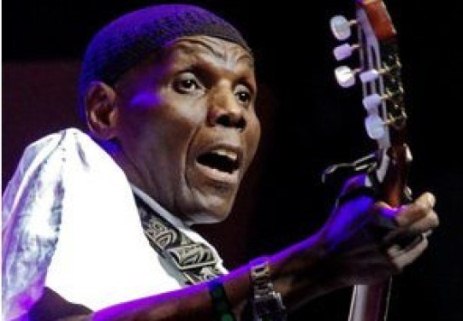 HARARE – One of Zimbabwe’s talented musicians and arguably the super star of his own generation — Oliver “Tuku” Mtukudzi has died aged 66 — after a long battle with diabetes.

The lanky musician died yesterday at Harare’s Avenues Clinic where he was rushed after his health suddenly deteriorated.

His death comes almost nine years after he lost his son Sam, who died in a car accident on March 15, 2010 while driving home with his boyhood friend.

A heartbroken Daisy, Mtukudzi’s wife, could not speak to the media yesterday.

Sungura music icon Alick Macheso, who is a Mtukudzi family friend, broke down yesterday in front of the media upon hearing the death of a man he had come to regard as “a brother and father”.

“This is the saddest news not only to me but the whole country. I cannot confirm what led to the death as we are all still waiting for official confirmation,” Macheso said.

Sports minister Kirsty Coventry, who was due to visit the Mtukudzi residence in Norton last night, said she was pained by the death of the gifted musician.

“You may have gone but your light will shine forever. Goodbye my friend,” she said on microblogging site Twitter.

Mtukudzi’s worsening health was revealed last year towards the festive season when he was forced to cancel his tour of the United Kingdom, due to what promoters said was a result of “heart failure”.

Only last week, the multi-award winning musician missed the ZBC Coca-Cola Music awards because of his failing health but even in absentia he scooped The Veteran Musician Honorary Award for his indisputable contribution to the country’s music industry.

Tuku — just like former president Robert Mugabe — was often falsely said to have died on many occasions but he would always laugh off the crass and despicable rumours.

In 2016, he had a classy response to his so-called death when he released a short video with Suluman Chimbetu and said: “Tell them that when I die I will phone them.”
Yesterday death brought to an end a career spanning more than 40 years — during which the soft-spoken musician rose from being an average artiste — to a world-class vocalist who represented his country on the international stage with aplomb.

Mtukudzi was born in September 1952 and learned and perfected his art in the then dusty township of Highfield.

He had an impressive discography in a career spanning more than four decades and was one of the most consistent performers whose music was among the most loved by Zimbabweans.