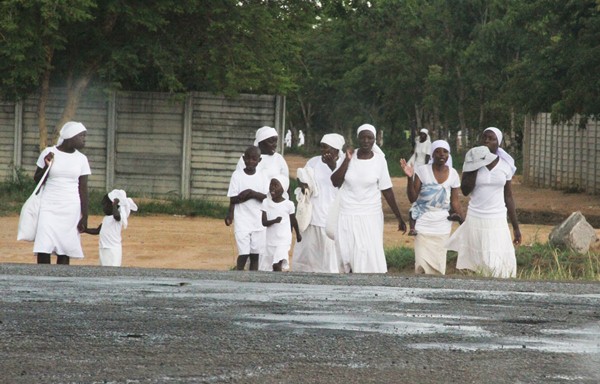 MUTARE – Mutare City Council (MCC) has banned open air church gatherings unless the churches provide ablution facilities and taped water as it moves to eliminate any risk of disease outbreaks.

MCC public relations officer Spren Mutiwi confirmed the development which he said was being taken to prevent disease outbreaks after Gweru was ravaged by typhoid that saw the postponement of the National Youth Games which were set for this month.

“Yes, we have taken that position to ensure that we minimise any risk of communicable disease outbreak and any incidences of open defecation around these religious gatherings and meetings,” Mutiwi said.

Zimbabwe’s urban centres have been particularly prone to typhoid with Harare recording over 200 cases at the beginning of this year while Gweru is grappling with the disease.

Typhoid, a highly contagious bacterial disease hit the city early this year with about 200 suspected cases recorded in January. Government warned early this year that as long as there was poor sanitation, irregular refuse disposal, poor sewage systems and illegal vending activities, cities will battle to curb the disease.

According to World Vision, unhygienic conditions pose threats for disease outbreaks in the magnitude of the 2008-2009 cholera epidemics which claimed more than 4 200 lives from nearly 100 000 cases.

“In Zimbabwe 48 percent of our rural population don’t have access to improved sanitation facilities — where you drop faeces and flies don’t come into contact with them.

“There are tonnes and tonnes of faeces being deposited into the environment because on average a human being produces 200 or more grammes of faeces. You can do your calculations to see how much tonnage we deposit daily,” World Vision’s then WASH technical advisor Morris Chidavaenzi said previously.

Diarrheal diseases account for 1 in 9 child deaths worldwide, CDC reports, making diarrhoea the second leading cause of death among children under the age of 5.

For children with HIV, diarrhoea is even more deadly; the death rate for these children is 11 times higher than the rate for children without HIV, it states adding that diarrhoea prevention focused on safe water and improved hygiene and sanitation was key.