EMBATTLED Mutare town clerk Joshua Maligwa is alleged to have offered residential stands to the police to seek protection ahead of investigations into an alleged massive land scandal at the local authority. 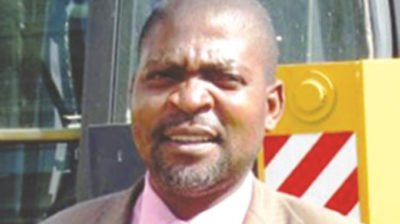 In a leaked document, Maligwa and councillors, who are facing serious corruption allegations resolved to offer the land to a number of senior police officers, a move that has been viewed by observers as meant to buy his protection.

A source at Mutare Central Police Station told NewsDay this week that they were investigating a case where Maligwa is an accused.

“We are investigating a case where the town clerk is the accused and other cases he is the complainant. There are war veterans who reported him over corruption,” the source said.

“I just believe that the offer of land to police is a way of seeking protection against arrest.”

NewDay understands that some of the beneficiaries in the police were not aware of the council’s resolution to give them stands.

This comes after an outcry over the alleged allocation of a residential stand to Media, Information and Broadcasting Services secretary Ndavaningi Mangwana in Mutare.

Contacted for comment, Maligwa, said: “This issue of protection from the service chiefs is squarely and outrightly out of the matrix of the relevant prevailing legislation and an individual opinion.

“Overally, council resolutions rule the day ahead of individual proposals,” he said.

Residents of Mutare have called for a probe and arrest of corrupt officials and councillors.

Mayor Blessing Tandi said: “When we held our meeting recently, considering the number of stands that were on offer, we had to consider the list. We trimmed the list based on allocation.

“We did not consider everyone as per the report but we had to consider time stayed in Mutare and whether you are on our housing waiting list. Your stay must be in Mutare or your work destination.”