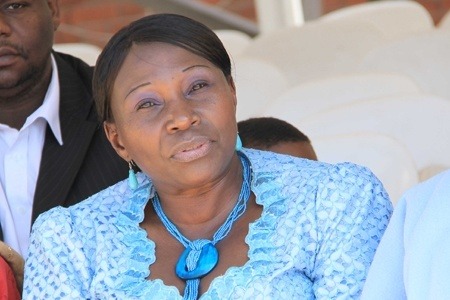 MDC top official Tracy Mutinhiri has quit politics ending her long political career that saw her flirting with both the ruling Zanu PF party and the main opposition movement.

The firebrand politician, who once served as Labour minister, joined the MDC when it was still led by the late founder Morgan Tsvangirai after being expelled from Zanu PF in August 2011 on allegations of going against party policies and directives.

Mutinhiri announced her decision to leave the MDC and political arena in a letter dated February 5 and addressed to party leader Nelson Chamisa.

“This letter serves to inform you that I am tendering my resignation from your party with immediate effect. I would like to take this opportunity to thank most sincerely the late Morgan Tsvangirai who accepted me and accommodated me when I was expelled from Zanu PF and indeed yourself in the MDC family. I wish your party the best luck in its endeavours,” the letter read.

After crossing the floor, Mutinhiri faced criticism from the MDC family who accused her of being a spy sent to destroy the party from within.

She, however, held different posts including being a member of the national executive council which she held until her resignation.

“I confirm that I am no longer with the MDC. I am now concentrating on my farming business,” she told NewsDay yesterday.

She owns a farm outside Marondera. Mutinhiri is not the first to leave the opposition party from the province.

Her departure follows that of another stalwart and former Marondera Central MP Ian Kay who left the opposition party a few years ago in protest over Tsvangirai’s long stay as MDC leader.