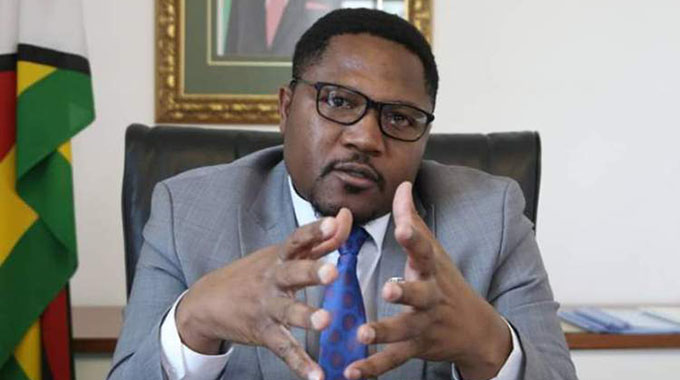 Yeukai Karengezeka Court Correspondent
Deputy Minister of Information, Publicity and Broadcasting Services Energy Mutodi will on Thursday be defending a $40 000 defamation lawsuit filed against him by former Minister of Defence Dr Sydney Sekeramayi and former Minister of Health and Child Care Dr David Parirenyatwa over comments he allegedly made on a Facebook page.

The matter will be heard before High Court judge Justice Jesta Charehwa.
The former ministers jointly sued Mutodi in October 2017 over statements posted on his Facebook page, insinuating that the two were behind the alleged food poisoning of the then Vice President Mnangagwa.

Mutodi, through his lawyer Mr Charles Chinyama of Chinyama & Associates, however, denied ever posting statements defamatory to the two ministers, saying someone could have mischievously abused his name and picture to open the account.

Mutodi then demanded an urgent civil trial saying further delays were inconveniencing him, but the pair did not respond, prompting him to demand the withdrawal of the matter.

In the summons, the two accused Mutodi of posting on his Facebook page an article titled “Two ministers top suspects in ED poison case”, which circulated countrywide and beyond the borders.

The article, according to the two former ministers, put them in bad light as it insinuated that they gave President Mnangagwa samoosas, sandwiches and grapes that were laced with poison.

The food, according to the online report, came from Minister Sekeramayi’s home.
The pair also argued that the article damaged their reputation as it insinuated that they abused their specialist knowledge and expertise as medical doctors to pick a convenient poison to harm the President.

It was also stated in the declaration that the article wrongly insinuated that the two ministers “conspired to fabricate false allegations that the President had been poisoned at a rally by ice cream from Gushungo Dairy and further that plaintiffs made these false allegations to conceal and cover up their plot”.