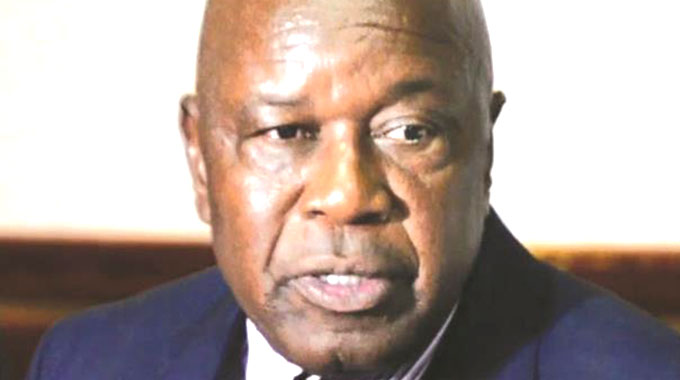 Herald Reporter
WAR veterans’ national chairperson Cde Chris Mutsvangwa has dismissed a Twitter account bearing his name, saying it is the work of the fallen G40 minions who are seeking relevance by cloning his name on social media platforms.

In an interview, Cde Mutsvangwa, who played a key role in the demise of the G40 cabal leading to the birth of the Second Republic, singled fugitive Professor Jonathan Moyo for impersonating his name on Twitter.

“Jonathan Moyo at it again . . . impersonating. An existence of barren exile is coming to a desultory grind of hallucinations.

“It is spewing out a witches’ brew of life-long espionage, intrigue, unrequited ambition, war desertion, spurious journalism and cantankerous politics.

“It now bears the yield of zero-to-negative credibility for the over-used and burnt out Professor Jonathan Moyo,” said Cde Mutsvangwa.

“In desperation Jonso (Moyo) resorts to the cloning of my name on his social media tweets. All that, an extreme quest for the vanished readership of his verbal diarrhoea of lies and nonsense.

“It’s a cruel pity that Jonathan Moyo is a self-inflicted victim of confidence and esteem lost in oneself”.

The fugitive Moyo, who is a wanted man in the country on various charges, including stealing students’ funds at Zimbabwe Manpower Development Fund (ZIMDEF), is suspected to be holed in Kenya as he continues to hide from the long arm of law.