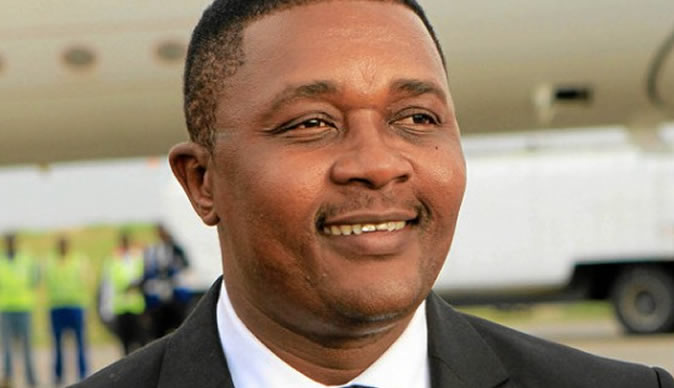 HARARE – The State has set November 19 and 29 as trial dates for former Cabinet minister Walter Mzembi who is facing a slew of corruption charges.

He will be in another court on November 29 for the case in which he allegedly disposed of 16 PVA television screens by means of donating, loaning or hiring them to various institutions and church organisations without approval from the ministry of Finance.

Mzembi, 54, Tourism and Hospitality ministry consultant Aaron Dzingira Mushoriwa, 62, and the ex-permanent secretary Margret Sangarwe, 59, are being charged with theft of trust property.

According to State papers, Mushoriwa was one of the consultants contracted by Tourism ministry to source funds on its behalf for UNWTO General Assembly preparations and hosting.

On May 15, 2012 Tourism and Hospitality ministry entered a contract with professional conference organisers, Rosemary Mukogo, Mushoriwa and Susan Makombe Kahudzayi who is still at large.

The contract was for the consultants to source funding from the corporate world and assist in managing the UNWTO project and they took instructions from Mzembi.

The court heard that between May 2012 and August 2013 Mzembi wrote several letters on government letterheads to corporate world inviting sponsorship and Mushoriwa and Sangarwe would forward them to selected organisations.

It was alleged that Mbada Diamonds pledged to sponsor $2, 5 million when they were approached and a bank account was supposed to be opened to receive the funds.

The court heard that Mzembi then instructed Mushoriwa and Kahudzayi to open a bank account in the name of an unregistered company Conventions Africa with ZB bank.

Mushoriwa and Kahudzayi were signatories to the ZB bank account, it was alleged.

After receiving the funds, Mushoriwa connived with Kahudzayi and transferred $150 000 to Croco Motors for purchase of three Ford Ranger Double Cabs and registered them in the name of UNWTO Trust which was not existent.

The court heard that Mushoriwa and Kahudzayi also received a Tata Xenon Double Cab that was fully paid for by Mimosa Minning at $33 626.

According to State papers Mzembi then gave orders for the motor vehicles to be distributed and he got a Ford Ranger, Mushoriwa obtained a Tata Xenon Double Cab, while Sangarwe and Kahudzai each got Ford Rangers.

The court heard that after UNWTO the accused persons connived and failed to surrender the cars to Tourism and Hospitality ministry but converted them to personal use.

It was alleged that Kahudzayi sold hers to a third party who has not yet been established.