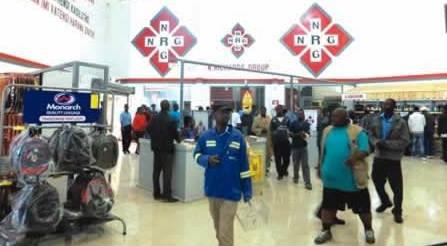 The new Msasa branch is the fourth N. Richards Group branch in the capital city.

The retail and wholesale giant, which has been in business for over eight decades, has two branches in Tynwald and another in Graniteside.

According to N. Richards Group director Archie Dongo, the Msasa branch opening day was arguably the busiest the retail and wholesale concern has experienced in recent years.

“By 4.30am there was already a big crowd of customers waiting for us to open and by 6.30am our car park was already full. The only opening day that was equally busy was when we opened the Kwekwe branch recently,” Dongo told the Daily News.

The N. Richards Group director attributed the retail and wholesale’s growth to their policy of selling mainly local products.

“We will be opening our 35th branch in Nyika, Masvingo Province next week. We believe our growth is down to our philosophy.  Most of our shelf space is covered by local products. We deliberately support local…90 percent of the over 5 000 different product lines we stock is local.

“It is a question of circulating the money and keeping it within our borders. Everybody wins if we support local. Before the hyperinflation we supplied most our basic products as a country. If we support local we can get back to that,” he said.

Dongo is confident that the new business climate will make it possible for the N. Richards Group to expand.

Currently, it has six branches in Masvingo and two each in Chiredzi and Gutu.