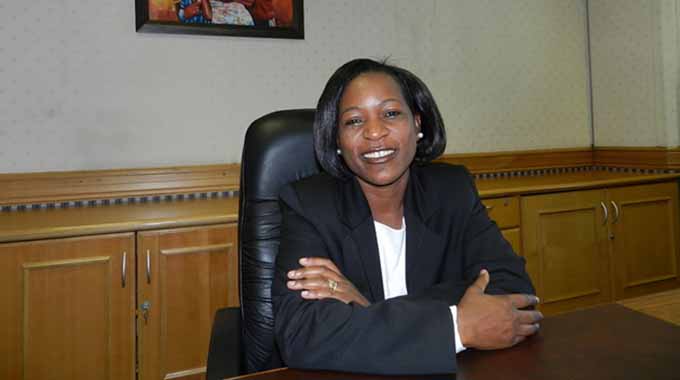 Brian Chitemba and Africa Moyo
A NASTY fight has erupted in Telecel Zimbabwe as it emerged that one of the shareholders and Empowerment Corporation (EC) chairman, James Makamba, is allegedly trying to push out prominent lawyer Gerald Mlotshwa as a director of the mobile phone firm.

Mr Mlotshwa became a director in Telecel after his partner, Mr George Manyere, reportedly chose to exit the business, allegedly leaving him as the sole and beneficial owner of EC’s 40 percent stake in the company.

Reports have also been rife that while Dr Makamba is regarded as EC chairperson by virtue of his shares in the company, he had in fact sold his stake in the entity.

EC was set in 1998 to ensure locals had a stake in the telecommunications business.

But confusion started reigning in EC when some shareholders failed to pay for their stakes, resulting in other groups buying the shares.

Dr Makamba recently wrote to the company’s (Telecel) chief executive officer Mrs Angeline Vere on May 16, 2018, saying EC was withdrawing Mr Mlotshwa from the board.

“Pursuant to the terms of a sale and purchase agreement dated 29th May 2017 (‘the SPA’) signed between, Kestrel Corporation (Private) Limited, as majority shareholder of EC, Ecsponent (Private) Limited and myself in my personal capacity, EC nominated Mr Gerald Mlotshwa as a director of TZL.

“The SPA has since lapsed by virtue of effluxion of time and is now no longer valid and enforceable. In the circumstances, in accordance with the terms of the shareholders’ agreement, EC hereby withdraws its nomination of Mr Mlotshwa as a director of TZL with immediate effect.”

Efforts to get a comment from Dr Makamba since Saturday were fruitless as his phone was unreachable.

He had also not responded to all messages sent to him by the time of going to print.

However, Mr Mlotshwa’s lawyers – Mushoriwa Pasi Corporate Attorneys – shot back at Dr Makamba, in a letter dated May 18, 2018, addressed to Mrs Vere.

Mr Itai Pasi, the head of conveyancing, securities and property law, at the law firm, wrote; “We act on behalf of Mr Gerald Mlotshwa. We refer to the letter dated 16 May 2018 addressed to you (Mrs Vere) by the chairman of the Empowerment Corporation (Private) Limited, Dr James Makamba, in which he purports to withdraw the nomination of Mr Mlotshwa as a director of Telecel Zimbabwe Limited, with immediate effect.

“It is our considered view that the purported withdrawal is invalid as it fails to comply with the provisions of section 175 of the Companies Act (Chapter 24: 03), which clearly outlines the procedure to follow for the removal of a director.

“Consequently, a purported removal other than that contained in the Companies Act is void and is of no force and effect.”

Mr Pasi said Mr Mlotshwa had not resigned from the board and remains one of Telecel Zimbabwe directors until proper processes were undertaken to trigger such removal in terms of the law.

Officials told The Herald Business at the weekend that Dr Makamba’s grudge with Mr Mlotshwa was sparked by the latter’s move to block his nemesis and another director Dr Mutasa from accessing $15 000 each in board fees per month.

Dr Makamba and Dr Mutasa, were at some point arrested for fraudulent activities at the telecommunications firm.

Investigations have revealed that Dr Makamba wrote the letter to dismiss Mr Mlotshwa without the consent of other EC directors.

Recently, Dr Makamba was dragged to court by Mr Manyere over a $2,7 million debt, which Mr Mlotshwa had initially undertook to takeover on condition that the EC chair transfer equivalent shares.

Mr Manyere was forced to go to court as part of efforts to recover his money after Dr Makamba failed to transfer the shares to Mr Mlotshwa.

Dr Makamba, who was in self-imposed exile for over a decade, returned to Zimbabwe last year and was in good books with Mr Mlotshwa until the recent fallout.

Telecel, the country’s third largest mobile phone company by subscribers, has been mired in confusion since its formation particularly regarding the ownership of EC shares.

CEOs have been fired regularly at the mobile company. Government owns a 60 percent stake in Telecel after buying out VimpelCom recently through ZARNet in a $40 million transaction.