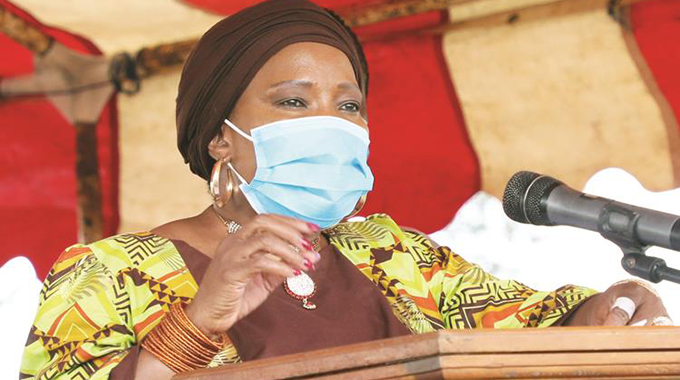 ZIMBABWE will tomorrow launch the National Dress of Zimbabwe, an initiative spearheaded by the First Lady Amai Auxillia Mnangagwa.

In a statement, Amai Mnangagwa said tomorrow the nation will witness an outcome of efforts made by different Zimbabweans in pursuit of having a national identity.

The statement was read on her behalf by Women Affairs, Community, Small and Medium Enterprises Development Minister, Dr Sithembiso Nyoni, in Harare yesterday.

“On Saturday December 19, 2020, at 10am, we will witness an outcome f efforts made by different Zimbabweans in the quest to have a national identity, to come up with the designs for our national fabric.

“The role I played as First Lady of Zimbabwe was to ensure inclusivity that no ethnic or other groups were left behind. I am sure that after this, we will see academic gowns, chiefs and Parliament robes. The launch on Saturday will be a beginning, not an end.

“With creativity we have in our people, I know that improvements will continue to be made as this is an important symbol in the preservation of our values and cultural heritage, further creating unity among our people.”

The First Lady said she is glad that Zimbabwe will not be known or introduced by word of mouth alone, but also through a national attire.

She thanked designers who came all over the country to showcase their initiatives and skills.

“I want to thank them, some have spent sleepless nights in the selection of patterns, designs and eventually apparel. I also want to thank the Government of Zimbabwe, development partners and all other stakeholders.

“I would thank in particular, the Ministry of Women Affairs, Community, Small and Medium Enterprises Development for coordinating all these efforts,” she said.

The search for the national dress started in 2005, but did not yield any results, prompting Amai Mnangagwa to take it upon herself to ensure the programme succeeded.

Earlier this year, designers were then tasked to come up with a national dress whose features included the Zimbabwe Bird, chiffons and the flag that would be appropriate for all occasions and make people feel proudly Zimbabwean.