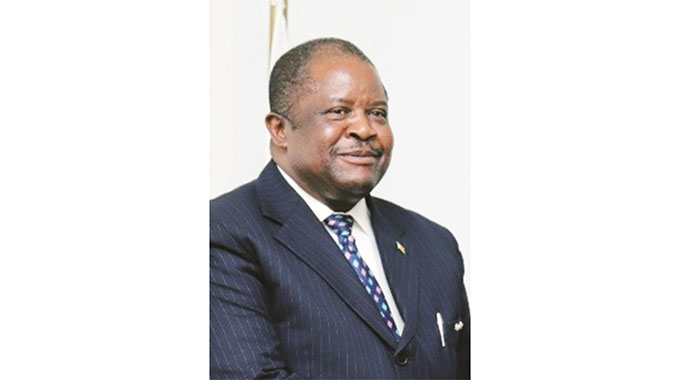 ZIMBABWE Ambassador to Mozambique and former army general Cde Douglas Nyikayaramba, who succumbed to Covid-19 complications on Tuesday has been declared a national hero.

Ambassador Nyikayaramba, who died at a local hospital and has been described by President Mnangagwa, in his condolence message, as “a strong revolutionary cadre who continued to serve his country after independence with utmost loyalty, dedication and commitment”, will be buried at a date yet to be advised.

Minister Muchinguri-Kashiri said President Mnangagwa and the party saw it fit to honour Cde Nyikayaramba as a national hero for his contribution to the country during and after the liberation struggle.

“The party led by the President looked at the illustrious journey he travelled, which it feels young people should emulate. It was therefore unanimously felt that he deserved the highest honour, that of national hero, so I have to convey the message that the President saw it befitting to declare him national hero,” said Minister Muchinguri-Kashiri.

She said Amb Nyikayaramba was appointed to represent Zimbabwe in  Mozambique because of his knowledge of critical national issues.

She added that there was need for the country to be wary of both traditional and non-traditional threats that include neo-colonialism and climate-induced cyclones that have emerged in recent years.

“We now have new threats such as Covid-19, which we need to be wary of. While we are happy that the number of the infections are going down we cannot be complacent,” said Min Muchinguri-Kashiri.

Family spokesperson Mr Frazer Zvina Nyikayaramba said the family had been honoured by the decision to grant their son the highest honour bestowed on the country’s luminaries.

“We are happy with the honour bestowed on my younger brother. We humbly request that you convey our gratitude to President Mnangagwa,” said Frazer, who is elder brother to the late national hero.

He described his brother as a unifier in the family.

Lt Gen Nyikayaramba’s (Rtd) son Kelvin described his father as someone who was ever determined to satisfy the needs of every family member.

A devout member of the Johane Masowe Apostolic Church, Cde Nyikayaramba was described by his fellow church members as a down-to-earth-man.

A member of the church Mebiloshenzi Chipango said Amb Nyikayaramba was a humble man who never threw his weight around even as an army general.

“He would sit down just like everyone else. You would never know that he had that high rank in the army,” he said.

Cde Nyikayaramba, whose nom de guerre during the armed liberation struggle was “Blessing Muhondo”, was born on January 9, 1960, in Mutoko District, Mashonaland East Province, in a family of 11.

He later sat for his O’ Level examination at Marlborough High School. Cde Nyikayaramba grew up in a village environment where all the injustices of the colonial regime manifested and that made him conscious of the political injustices prevalent at the time.

In the face of such injustices which made life unbearable, Amb Nyikayaramba became an active youth in the Nehanda Sector and was instrumental in organising clothing and cash from students at Nyamuzuwe High School for the comrades who were operating in the area.

He later joined the liberation struggle in Nyamuzuwe in 1977, and trained in Mozambique at Tembwe Base Two.

On completion he was appointed company political commissar.