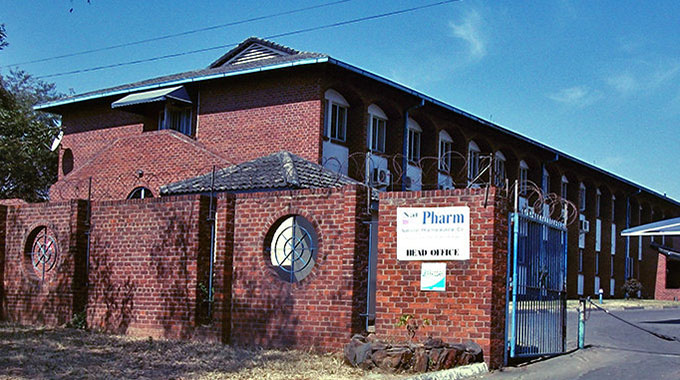 Local companies are being invited by the National Pharmaceutical Company (NatPharm) to supply health sector products that Zimbabwe is importing in a bid to reduce the import bill.

NatPharm is a parastatal under the Ministry of Health and Child Care and its mandate is to procure, warehouse and distribute medicines, medical equipment and consumables to the public and private health sector institutions.

In a statement, the parastatal said the initiative, which also seeks to foster empowerment of local firms including Small to Medium Enterprises (SMEs), requires the entities to respond to tenders to be floated in the Government Gazette and the media starting tomorrow.

“The company is forging partnerships with local pharmaceutical companies including SMEs and universities in line with Government policy of import substitution, through supporting the local production of medical commodities.

“Accordingly, NatPharm will be inviting local manufacturing companies of medicines, medical equipment and consumables to participate in the supply of commodities which are being imported,” said the parastatal, adding that tender details can be obtained from the firm’s national procurement management unit.

In line with the national vision of an empowered and prosperous upper-middle-income society for the citizenry by 2030, NatPharm said its vision is to provide access to quality and affordable medicines.

The company management said it believes the national vision can only be realised by guaranteeing a healthy nation through provision of quality, efficient and affordable health services.

“Local manufacturing companies are encouraged to respond to the tenders wherein NatPharm will be floating in the Government Gazette and local newspapers from January 12 2021.

“NatPharm firmly believes that this is a unique empowerment opportunity which seeks to actualise Government’s aspirations to empower local companies in line with NDS1 (National Development Strategy 1),” it said.

NDS 1 is the second step of the Second Republic’s drive to attain Vision 2030 and succeeds the Transitional Stabilisation Programme (TSP), which ran from October 2018 to end of last year.

NatPharm has over the past few years aligned its operations with national policies and programmes such as the TSP.

“With the promulgation of NDS1 and in line with the reviewed National Health Strategy, the company is prioritising sourcing of medicines and medical supplies from local manufacturers.”

Over the years Zimbabwe has been experiencing a negative trade balance due to subdued productivity blamed mainly on shortage of foreign currency to import raw materials.

Most pharmaceutical products such as drugs, equipment and other consumables are being imported thereby contributing to the country’s high import bill.

The Zimbabwe National Statistics Agency is yet to avail the country trade figures for last year.

In the context of a negative trade balance the country was experiencing, Government has embarked on initiatives aimed at stimulating production in the manufacturing sector and enhancing exports. For instance, just last week, the Reserve Bank of Zimbabwe announced that with immediate effect it has scrapped the compulsory requirement to liquidate all unutilised export proceeds after 60 days.

In the past, exporters were required to use their funds within 60 days, with the Central Bank converting the foreign currency into local currency at the prevailing exchange in the event of failing to comply.

However, the requirement was condemned by business representative organisations such as the Confederation of Zimbabwe Industries (CZI) and the Zimbabwe National Chamber of Commerce (ZNCC), hence the decision by the monetary authority to remove it.