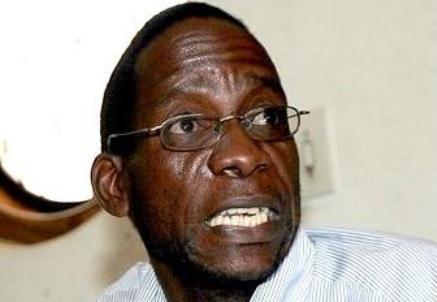 HARARE – The National Constitutional Assembly (NCA) party welcomes the published findings of the Commission of Inquiry set to establish the circumstances surrounding the August 1 unfortunate shooting and killings of civilians.

As NCA party we applaud the Commission of Inquiry findings that;

•The deaths and injuries were a direct result of the actions of the army and the police,

•The use of live ammunition, directed at people, especially as they were fleeing, was clearly unjustified and disproportionate,

•The use of sjamboks, batons and butts of the gun to assault members of the public indiscriminately was also disproportionate,

•The persons responsible for all alleged crimes committed on August 1, 2018 must be prosecuted,

•Those particular members of the military and of the police found to be in breach of their professional duties and discipline should be identified as soon as possible for internal investigations and appropriate sanction,

Although the deployment of the military was in accordance with the Constitution, the operational framework was not fully complied with in that the deployed troops were not placed under the command of the Harare Regulating Authority (police).

If the police was adequately experienced, better equipped, sufficient in numbers and more suitably organised, the deployment of the military could have been avoided.

As NCA party we put value in the Commission of Inquiry recommendations particularly that government must compensate the victims of the military shootings including ensuring that dependents of school-going age are sent to school.

However, as NCA party we feel that the need for compensation to individuals and other business people who lost property as a result of the demonstrations is absent in the Commission recommendations and must be taken into consideration.

There must be introspection of the action by the army and police as well as to make their findings and any correctional measures against the military and police public to ensure no such actions happen again.

There must be national dialogue to end deep-seated political polarisation in the country.

The need for incorporation of the use of technology in our electoral laws so as to avoid unnecessary delays in announcement of election results in particular the presidential election results.

As NCA party we urge President Emmerson Mnangagwa to act on the noble recommendations by the Commission of Inquiry.

We urge all Zimbabweans to embrace peace and to respect human life as sacrosanct and avoid unnecessary loss of innocent lives ahead of anything.

NCA party applauds all the commissioners and all members of the Commission secretariat for a distinguished professional conduct during the course of their duty.

The report that was produced by the Commission of Inquiry, in our own view, is a true reflection of what transpired on August 1, 2018.

If the Commission recommendations are taken seriously the country will benefit from the collective wisdom of the commissioners.