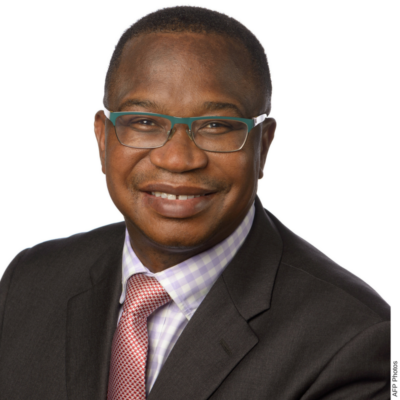 POLICY efficacy doubts — both fiscal and monetary — in supporting a liberalised foreign currency market, effectively discarding the 1:1 US dollar-bond note/RTGS dollar peg, have arguably been the main reason behind the undue delay in announcing the 2019 Monetary Policy Statement (MPS).

The tension between the monetary authority and the political head of finance was apparent when the rumour mill had it late last year that Professor Mthuli Ncube would be appointed as the Finance minister. A few weeks prior to this appointment, Ncube had been churning out pointed articles speaking his mind on the need for currency reforms. He was emphatic that the bond note should be discarded and replaced by either the rand or the greenback, but his preference at the time was the adoption of the rand, arguing that the US dollar took the edge out of the competitiveness of our exports.

Barely a few days after his appointment, Ncube did not hide his dislike for the bond note, making a public pronouncement that the bond note would be gone by the end of last year. The market did not move at the announcement — possibly due to his well-known position that he preferred the rand, a currency solution that many influential industrialists preferred. Then October 1 2018 happened, with the MPS released on that very day making a shocking announcement to the effect that bank accounts would be separated into foreign currency and bond. The market immediately discounted the bond note-RTGS, with the discount climbing to around 350%.

Days later, Ncube was in London presenting a paper at a colloquium organised by Chatham House. In the question-and-answer segment, a participant asked Ncube to comment on the discounting of the bond note-RTGS dollar that was happening back home. Ncube famously quipped that he would not be arguing with the market and that the market was doing the job for him. The market reacted furiously, accelerating the fall of the value of the bond note-RTGS dollar to a dizzying 600%.

Within a few hours of Ncube’s unscripted Chatham House response, the state media carried a press statement diplomatically rebuffing Ncube’s position, citing that the 1:1 peg was going nowhere. The markets calmed. Days later, the Reserve Bank of Zimbabwe (RBZ) chief John Mangudya made a remark, basically buttressing the position published in the public media, adding that the bond note would remain.

Soon after, President Emmerson Mnangagwa reiterated the position enunciated by the RBZ head honcho. It is hardly surprising that there has been an unusual delay in the announcement of the 2019 MPS — it is simply a resurfacing of the currency policy preference differences between the monetary authority and the open market leanings of the Finance minister.

If one needed to understand how firmly riveted to the liberalised markets view the Finance minister is, they do not have to look further than the shocking 150% fuel price hike that effectively played to the whims of the free retail market for fuel. So we have two key economic policy kingpins digging into their entrenched positions. In the last episode, the RBZ chief came tops, mainly because the President was sympathetic to his position. This time, it appears the political powers that be are pitching their tents with the minister’s for-markets view. This comes from two pro-market policy decisions.

First, the daring fuel price has seemingly stabilised the fuel supply situation. Second, the flooding of urban areas with commuter buses, charging a $1 fare, has forced the commuter taxis to take this as the market clearing price. These two quick, overnight apparent victories seem to have lent weight to the argument of the uncontested efficacy of free markets freely setting prices.

The thesis now is: if free markets have worked for the fuel and transport sectors, they should work for the forex market too. In formal research terms, we are confronted with a question of external validity — in simple terms, trying to extend a theory to a new area.

The RBZ could be questioning the external validity of the free markets theory in the forex market. The argument could be that the causal mechanism that is driving the fuel and transport sector markets is different from the one driving the forex market. The RBZ is most likely arguing that it is premature to let the RTGS dollar and the bond note float against the US dollar.

It could be argued that the reason we have the bond note-RTGS dollars is a direct result of fiscal indiscipline. Indeed, this is what birthed these wanna-be currencies. The bone of contention then between Mangudya and Ncube would most likely be the degree of confidence in the efficacy of austerity measures and revenue-generating measures spelt out in the 2019 National Budget to reduce the budget deficit to single digits as a ratio of GDP. Mangudya would first want the proof that indeed the budget deficit is being contained and that requires a trend to ascertain an indisputable track record. Ncube should supply convincing evidence on this point.

Indeed, it would be disastrous to let the RTGS dollar-Bond to float while government is not yet fully disciplined to spend within the budget. Ncube could be pointing out that he has scientific proof based on two facts. The 2% intermediated tax is generating US$80 million a month, on average, translating to almost US$1 billion in a new revenue line.

Second, chance smiled on Ncube when the wager to hike the fuel price by 150% paid off and an additional US$2,4 billion could be generated from excise duty on fuel. The excise duty on petrol rose from 45 US cents litre to US$2,31 (RTGS dollar to be precise) per litre while paraffin and diesel it climbed to US$2,05 a litre from 40 cents a litre. We have a total of almost US$3,4 billion additional revenue to the fiscus, US$600 million than last year’s total budget deficit. This a very strong case for Ncube to lend credence to his claim that the budget deficit will be brought down drastically this year.

In addition, Mangudya could be raising the point that there is no acceptable plan to deal with the US$2,2 billion Treasury Bills maturing this year. Ncube’s one-liner proffered in the National Budget government, considering the option of rescheduling the Treasury Bills (TBs), has just been that: a suggestion. It is still not clear how government will pay back TB holders their dues.

If lenders are to be paid back their loans, it could force government to resort to more money creation, causing a massive discount of the RTGS dollar-bond note. Ncube does not want money supply to increase, but without a credible plan to deal with this 800-pound gorilla in the room, Mangudya could be arguing that letting the RTGS dollar-bond note to float against the greenback will cause mayhem as broad money supply inordinately increases.

In my opinion, this is not about two alpha males sizing each other up—they are valid arguments from both ends for and against floating the bond note-RTGS dollar. I am a firm supporter of liberalising forex markets. However, I also believe that we should let the bond-RTGS dollar float against the US dollar under conditions of strict fiscal discipline. Ncube has to be thoroughly convincing on this. Short of this, his Transitional Stabilisation Programme will become a permanent instability plan.

Chulu is a management consultant and a classic grounded theory researcher who has published research in an academic peer-reviewed international journal. — brettchuluconsultant@gmail.com