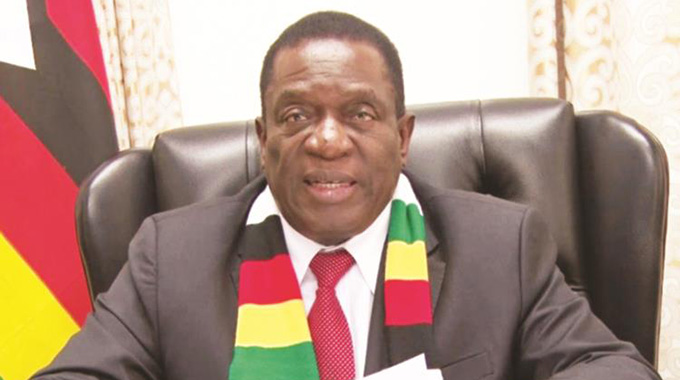 The economy is expected to grow by an average 5 percent over the five-year tenure of the newly-announced economic policy — the National Development Strategy (NDS1 2021-2025) — in order to achieve its goal of transforming the economy to an upper middle income status by 2030.

NDS1 is premised on the adoption and swift implementation of bold strategies, policies and programmes aimed at achieving economic transformation.

The blueprint is themed; “Towards a Prosperous and Empowered Upper Middle Income Society by 2030”.

President Mnangagwa launched the blueprint on Monday and said his administration will continue to implement robust, innovative and responsive strategies while the NDS1 will entrench the prevailing strong pillars of democracy, constitutionalism and respect for the rule of law.

Zimbabwe has previously implemented several brilliant economic policies to drive growth and reduce poverty, however, the results were suboptimal due to both “exogenous and endogenous factors” and the new policy thrust is to rekindle the economy’s unrealised potential.

“This will be done through the creation of a thriving private sector led competitive economy, implementation of sound macroeconomic policies anchored on fiscal discipline, monetary and financial sector stability, including an open business friendly environment, which promotes both foreign and domestic investment.

“The specific macro-economic objectives for the five-year period of NDS1 are achieving an average annual real GDP growth rate of at least five percent, maintain fiscal deficits averaging not more than three percent of GDP or below in line with SADC target, achieve and maintain lower single digit inflation, increase international reserves to at least six months import cover by 2023 . . .” excerpts from the policy document say.

Further, other key objectives of the policy framework include maintaining public and publicly guaranteed debt of below 70 percent of GDP, maintain current account balance of not more than -3 percent of GDP, create at least 760 000 new jobs during the period of NDS1, improve key infrastructure and investment in energy, water, sanitation, roads and housing.

University of Zimbabwe economics lecturer, Professor Ashok Chakravati, who is also a member of the Reserve Bank of Zimbabwe (RBZ) Monetary Policy Committee said in an interview that NDS1 was poised for success as it is building on a firm foundation laid by the TSP.

Through the NDS1, Prof Chakravarti said the Government will be able to release the energy of the private sector to inject much needed capital into the economy and thus stimulate economic activity and growth.

“The first thing to note is that the NDS1 is almost entirely based on domestic resources and it’s based on the concept of self-reliance,” said Prof Chakravati.

“Of course if re-engagement is successful and we get additional resources from the international community that will be positive and it will bring a major boost.

“But the growth rates that have been put in for NDS1 are feasible and achievable, and we believe this is one of the most realistic strategies and development plans since independence.

“The fundamental pillars that NDS1 will stand on from TSP are the liberalisation of the economy, control of Government expenditure and releasing the energies of the private sector. The idea is to focus on private sector investment, which will be either domestic or foreign and let people make money, there is nothing wrong with that,” Prof Chakravati said.

Growth projections are underpinned by gradual economic recovery, estimated at over 7,4 percent next year, anchored in stable, predictable macro and policy environment, ensuing projected economic decline of 4,5 percent this year due to the negative impact of the Covid-19 pandemic, which extensively disrupted global trade and value chains.

To unlock investment, which is key in driving sustainable inclusive economic growth during the NDS1 period, Government will prioritise swift implementation of the ongoing ease of doing business reforms, enhance respect for property rights, ensure adherence to rule of law, combat corruption and drive investment in key infrastructure enablers.

The blueprint is premised on key pillars of macro-economic stability and financial re-engagement, inclusive growth, good governance, provision and expansion of key infrastructure and utilities as well as social development in line with the Vision 2030 agenda.

But the Government intends to get things right on key elements of macroeconomic stability namely fiscal, monetary and external sectors. Fiscal measures will seek to control and reduce public debt to below 70 percent of GDP while expenditure should track the national budget.

On the monetary front, Government will continue to implement the monetary targeting framework to stabilise the exchange rate while interventions on the external sector will cover measures to keep the current account deficit below minus three percent of the budget.

As such, Government has worked on strategies for agriculture, mining sector, tourism and manufacturing, which seek to drive production and productivity as well as drive domestic value chains to reduce dependence on imports and enhance creation of new jobs in the economy.

For instance, strategies for the anchor sector of agriculture will include resolving outstanding issues around land tenure to attract investment, creating conditions for bankability of agricultural projects, restructuring Agribank into a land bank and expanding contract farming to include other crops and livestock.

“Further, the Government will incentivise banks to lend to agriculture, and persuade them to move away from the current practice where most banks are investing in non-productive short-term instruments,” the NDS1 policy document says.

In order to climate-proof agriculture, irrigation rehabilitation and expansion, promotion and adoption of research that improves productivity of seed and animal varieties, up scaling of climate smart agriculture and capacitation of extension service workers will be prioritised.

In mining, Government intends to formulate a rare earths policy, under its thrust to expedite implementation of mineral specific policies, issue more exclusive prospecting orders to increase exploration and push on with efforts to formalise and capacitate small scale miners.

In addition, programmes will be undertaken to enhance exploration through use of carrot and stick measures under the use or lose it policy, with investors given reasonable time first to productively work on their claims.

“Regarding mineral beneficiation, the NDS1 priority is to strengthen gold processing, diamond cutting and polishing, platinum base metal refining and ferrochrome processing,” the blueprint says.

Measures will be undertaken to achieve sustained growth through improved performance and contribution of the manufacturing sector, which will be reoriented towards higher value added production by strengthening the existing value chains and mineral beneficiation.