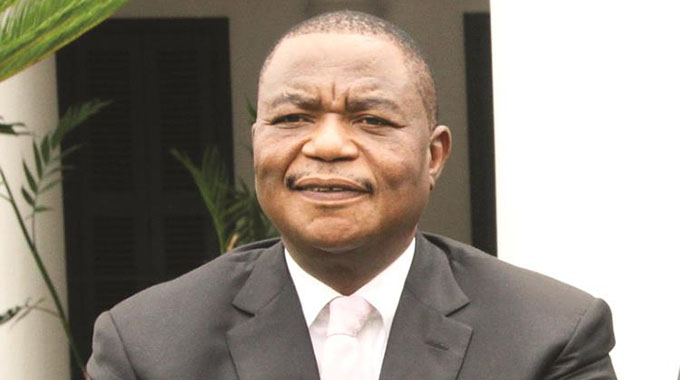 National Development Strategy 1 (NDS1) has the potential to spur Zimbabwe’s quest to grow its economy to an Upper Middle Income earning status by 2030 and its launch shows that the vision is not far-fetched with signs of success already abound, Vice President Constantino Chiwenga has said.

VP Chiwenga made these remarks at the official launch of NDS1, a fiscal and macro economic compass for economic development from 2021 to 2025.

President Mnangagwa is on record saying economic revival and growth tops Government’s to do list culminating in an upper middle income earning economy from a position of an unstable macro economic framework in 2017.

“The Second Republic in 2017, under the able and astute leadership of His Excellency the President of the Republic of Zimbabwe Cde Emmerson Dambudzo Mnangagwa was pronounced by a clear message that our Government will prioritise economic recovery and growth over anything else,” said VP Chiwenga.

“It is also my conviction, that a strong, sustained and shared economic growth for all is not far-fetched.

“The signs of economic stabilisation as a result of interventions brought about by the Transitional Stabilisation Programme (TSP), are quite revealing and encouraging,” he said.

Finance and Economic Development Minister Mthuli Ncube said NDS1 was a product of thorough and extensive consultation with various stakeholders among them the private sector, development partners and political parties under the ambit of the Political Actors Dialogue (POLAD).

University of Zimbabwe economics lecturer, Prof Ashok Chakravarti, who is also a member of the Reserve Bank of Zimbabwe (RBZ) Monetary Policy Committee said NDS1 is poised for success as it is building on a firm foundation laid by the TSP.

Through the NDS1, Prof  Chakravarti said Government will be able to release the energy of the private sector to inject capital into the economy and thus stimulate economic activity and growth.

Against the background that Zimbabwe remains under economic sanctions, Prof Chakravarti said the new strategy makes a compelling intervention in that its success is premised on capital that can easily be mobilised locally and a little bit of support from international funders.

He said if re-engagement efforts were to yield positive results as   expected on the back of consistent efforts by Government to re-engage, then the influx of foreign direct investment will come in to expedite a process that is already on course.

“The first thing to note is that the NDS1 is almost entirely based on domestic resources and it’s based on the concept of self-reliance,” said Professor Chakravarti.

“Of course if re-engagement is successful and we get additional resources from the international community that will be a positive and it will bring a major boost.

“But the growth rates that have been put in for NDS1 are feasible and achievable, and we believe this is one of the most realistic strategies and development plans since independence.

“The fundamental pillars that NDS1 will stand on from TSP are the liberalisation of the economy, control of Government expenditure and releasing the energies of the private sector.

“The idea is to focus on private sector investment which will be either domestic or foreign and let people make money, there is nothing wrong with that,” he said.