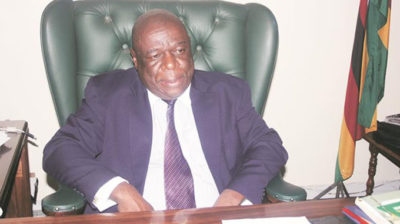 NEARLY 100 individuals, who applied to sit on the Zimbabwe Anti-Corruption Commission (Zacc), have been chopped from the nomination list after failing to meet expected attributes, The Sunday Mail has established.

It has been gathered that Parliament completed vetting the initial 133 applicants and has come up with a list of ‘about 35’ candidates who are set to undergo public interviews.

The interviews are expected in the coming weeks, after which a final list of 10 commissioners will be selected to replace the former Zacc members who resigned in January.

The impending interviews are a show of President Emmerson Mnangagwa’s pledge to step up in the fight against corruption.

In an interview, Clerk of Parliament Mr Kennedy Chokuda said vetting of the prospective candidates had been completed after a thorough process.

“I am glad to announce that after a very thorough process, the Committee on Standing Orders and Rules (CSOR) of Parliament has completed the vetting of prospective candidates,” he said.

“We are actually working on publishing the finalised list to the public through adverts in the media.

“The process was very thorough. It was characterised by absolute professionalism.”

However, Mr Chokuda could not divulge the names of the candidates who made it for interviews, saying due process was being followed to ensure that the successful candidates are informed first.

Asked how many candidates had sailed through from the initial 133, Mr Chokuda said, “We are talking of about 35 or so.”

He said Parliament will soon publish the dates for the interviews, adding that “they will definitely be conducted in June.”

From the academia, Professor James Kurasha, Prof Simon Mukwembi and Mr Joseph Kurebwa were the notables.

When the window for objections was opened, red flags were raised on some of the applicants.

Zimbabwe’s Constitution stipulates that Zacc members “must be chosen for their integrity and their knowledge of and experience in administration”.

“I now realise that corruption is deep-rooted. I thought that by pronouncing that let’s fight corruption, those who are corrupt would fear and stop; it’s not like that. It’s so rooted that you have to fight it from A to Z. In most systems, structures and institutions, there is an element of corruption,” said the Head of State.

Fighting corruption is considered to be integral in the country’s quest to attain an upper middle-income economy by 2030.