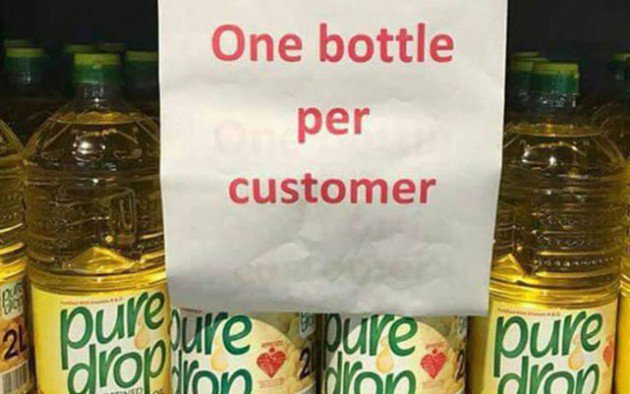 Unjustifiable price hikes and poor service delivery have to be eradicated

Leroy Dzenga Correspondent
President Emmerson Mnanagagwa has a huge task ahead of him given the levels of expectation invested in his administration. The pessimist section of watchers consists of lazy political alarmists, posing as analysts plus contrarian activists whose idea is to find flaws in everything Government is leading and trying to do, at a critical, transition phase.

On the other hand, ordinary Zimbabweans are hopeful that the new dispensation can cure some of the headaches which had become a default of being a citizen of the country. Cash shortages, high prices and poor healthcare feature on this list.

While close monitoring of Government activity is an imperative for democracy, people should balance between their expectations and playing a role in returning this country to its glory. The Government cannot single-handedly change the prospects of a nation if the people are passive to the improvement of their motherland.

While Zimbabweans are regarded as hard workers, there is a need for introspection and a cultural change at multiple levels of society, including business. There are things that cannot continue to exist in Zimbabwe if the efforts by President Mnangagwa and his Cabinet are to be meaningful.

People in business had turned into predators, capitalising on events to make a profit. While the theory of the firm in economics suggests that businesses exist to make the most profits at the least possible cost, the aggression most businesses in Zimbabwe were showing is counter-productive.

Unjustifiable price hikes and poor service delivery have to be eradicated before the changes kick in, lest people are left at the claws of fulgurous businesses which may make economic progress difficult to see.

Retailers have been subtly nudging up prices on a weekly basis and that has to stop as it causes speculation and panic among buyers. There is need for retailers and businesses to be more careful in their operations as they are dealing with a fragile populace whose current standings are informed by polarised notions, these are coming in the form of prophecies of doom and songs of hope.

Economic players need to practise market honesty, so as to give a true reflection of affairs, especially through pricing and quality of services given. The work ethic among Zimbabweans has to improve as well. Those who frequent public service offices can attest that most of the employees there are religious to two times, lunch and knock off time.

With that level of approach to work, Zimbabwe cannot quickly recover economically. People are supposed to be able to put in extra hours and go beyond their usual output, so as to sync with the hard work they expect the new Cabinet to exhibit.

Favourable policies will go in vain if the people they are crafted for are not self-motivated. A functional economy like Japan operates on an idea called loyalty to the firm, which is an extension of their traditional loyalty to the emperor.

This is where a person puts their work before all else and that is one of the reasons they boast of a $4,8 trillion economy. If Zimbabwean employees follow such concepts, there could be a quick turnaround of fortunes.

With the recent Cabinet which pronounced that civil servants over the age of 65 will be rested, there is hope that their positions will be filled by youthful individuals ready to make a visible mark.

Dishonest intellectualism should also be relegated to spaces beyond reach. These are educated technocrats who gleefully watch the Government miss the mark on policy decisions so they can write academic papers and long Internet posts criticising these ideas.

A paradigm shift is needed in Zimbabwean academia, as people with knowledge should approach the relevant offices with their expertise, advising the leadership on how certain sectors should improve.

If it is not at a consultancy level, then it has to be out of dedication to the development of the country. When dialogue is fostered between those with knowledge and enforcers, robust policies are crafted, informed by scientific evidence based on best global practices.

Mere commentaries will not in any way help the country as they may make for good readings, but an idea proffered in analysis does not measure to an idea given within useful time.

The smooth running of Zimbabwe is not the mandate of the Government in isolation, people have to play an active role beyond commenting in WhatsApp groups. Parliamentarians exist to transport ideas from the people for debate and suggestions.

A grievance is more likely to be addressed if it is brought to the leadership`s attentions through proper channels than when it is compressed into a Facebook post.

Not saying that social media use is not important, but there are representatives who exist to be a conduit between the people and lawmakers and over the years they have been underutilised. Creative ideas hidden within the people remain far from useful if they are not translated to wider platforms.

Among the last words former President Robert Mugabe said to the country was “Iwe neni tine basa” which translates to “a huge task awaits us.” That phrase was an imploration for Zimbabweans to be actively involved in efforts to better their country and not leave their future to chance.

A recovering country needs an active, honest and invested citizenry, virtues Zimbabweans need to show urgently. Better if they inject the same enthusiasm they exhibit when they write lengthy internet posts dissecting almost every executive decision made in the new dispensation.