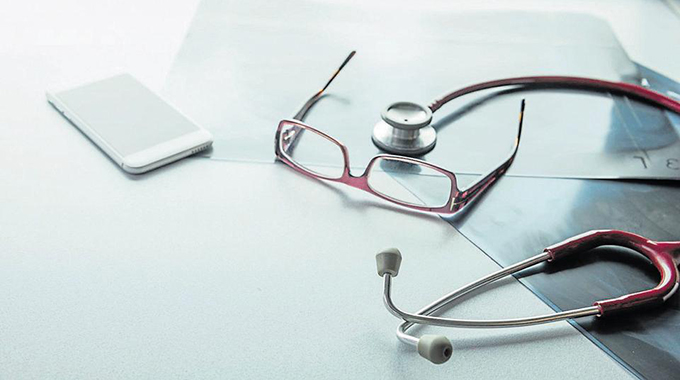 Zvamaida Murwira Senior Reporter
HEADS of hospitals, police stations and prisons now face a five-year jail term if found guilty of destroying or tampering with vital evidence on the death of a person under their custody.

They will also be criminally liable for the death of a person under their custody should it be established that they were reckless or negligent.

The development comes as Government seeks to safeguard the sanctity of life from reckless or negligent institutions or persons.

Over the years, the High Court has been inundated with lawsuits against medical practitioners who negligently cause the death of patients.

In the past, there have been suspected cover-ups of such deaths by people in various positions of authority.

The new measures are contained in the Coroner’s Office Act, which was recently signed into law by President Mnangagwa after it sailed through Parliament.

“The following law, which has been assented to by His Excellency the President, is published in terms of section 131(6) of the Constitution of Zimbabwe — Coroner’s Office Act [Chapter 7:21] (No. 12, 2019),” reads a notice published by Chief Secretary in the Office of the President and Cabinet, Dr Misheck Sibanda

On the liability of health practitioners and law enforcement agencies, Clause Four of the Act reads:

“Subject to this Act, the functions of the Office shall be — (a) to provide independent and impartial investigations into the circumstances surrounding — (i) any unnatural deaths, including but not limited to homicides, infanticides, drownings, suicides, accidents; or (ii) any deaths occurring within 24 hours of admission into a health institution, or during a surgical operation, or while a person is in or is being escorted to a police cell, prison, health institution or other place of custody.” The Act establishes the Coroner-General’s Office, to investigate unnatural deaths that occur in health institutions, police cells, prisons and any other places through suspected unnatural means.

The Coroner-General’s Office will now replace a magistrate, who in the past used to conduct an inquest into deaths through suspected unusual circumstances.

In terms of the Act, officers-in-charge of prisons, police stations or medical institutions must keep records regarding such sudden deaths for proper investigations by the Coroner.

Failure to keep the necessary records or tampering with the information, will see those in charge of the institutions being jailed for a period of up to five years, according to the Act.

The same law criminalises refusal by medical practitioners to carry out post-mortems as directed by the Coroner, an offence that attracts six months’ incarceration.

Clause 7 of the Act states that custodial officers must keep medical records or any other relevant documents of the deceased for at least five years to allow investigations to flow unhindered.

The clause reads: “Where a person dies, while in any health institution for medical treatment or care or while he or she is in a place of custody, the custodial officer shall preserve all medical records, healthcare records and any other documents pertaining to the medical treatment or care or the custody of the deceased as are in his or her possession for a period as may be prescribed but in any event for not less than five years.

“A custodial officer commits an offence if he or she wilfully or recklessly destroys or fails to preserve medical and health care or custody records in terms of subsection (1) and shall be liable to a fine not exceeding Level 10 or to imprisonment for five years or both.”

The Act also sets out the appointment, functions and powers of the Coroner-General, the Deputy Coroner-General and the Coroners in relation to post-mortems, inquests and their findings. Holding careless doctors accountable for their actions comes amid an outcry over some surgeons whose negligence has led to the death of patients.

The office is expected to impartially carry out post-mortems, when necessary, and come up with forensic reports for use in court.