Nehanda was never hanged, but executed in jail: Senator

SENATOR representing people with disabilities Watson Khupe yesterday claimed that the country’s spirit medium Ambuya Nehanda was never hanged on a tree contrary to popular beliefs, but was executed in jail. 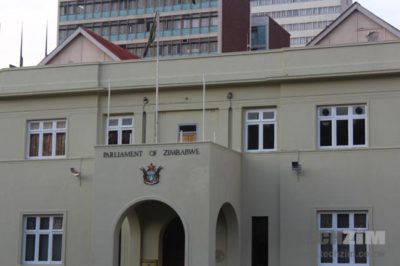 Khupe was contributing to a motion in Senate on abolition of the death penalty in Zimbabwe, where he came out against the proposal, saying that murderers and rapists should face the guillotine as they would have committed grievous crimes.

He said his reasons for supporting the death penalty emanated from the fact that his mother was murdered and he still felt the pain of injustice.

“There are many people that are raped or murdered and how do their relatives feel if the death penalty is abolished? People on death row also survive on taxpayers’ money and should government continue to tax people to ensure murderers survive?” Khupe asked.

“There is also a misconception about the murder of national spirit medium Nehanda during the First Chimurenga war, where it is said she was killed through hanging. People should research because there is a thesis which was written by a Catholic priest (Rungano Zvobgo) which states that she was actually executed in prison,” he said.

But he said that inasmuch as he was opposed to abolition of the death row, there was need to efficiently investigate murder crimes to ensure that innocent people are not convicted and end up being hanged.

Most MDC Alliance senators were not present.

“This is a Christian country and the Bible is clear that we will all ultimately die, but no one has a right to execute another person,” Femai argued.

“When Nehanda was executed, she said her bones shall rise, and they have risen. So the death sentence should be abolished or else the people that we execute as a country will come back to haunt us.”

The post Nehanda was never hanged, but executed in jail: Senator appeared first on NewsDay Zimbabwe.