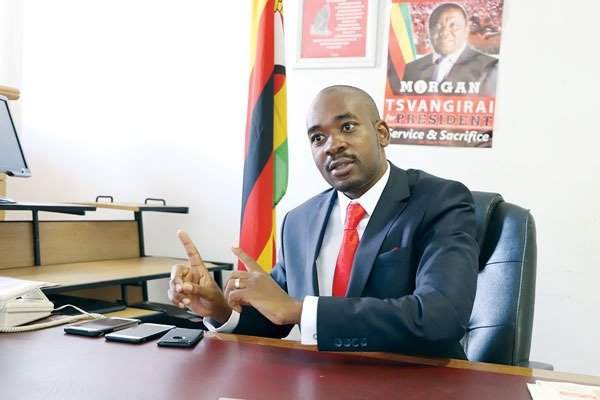 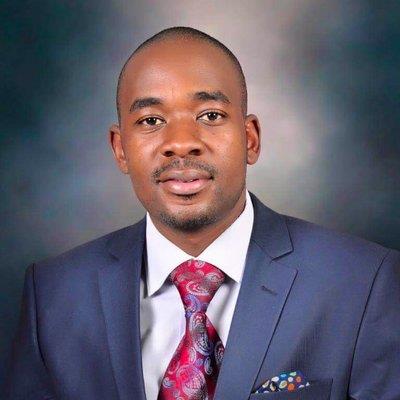 HARARE – MDC Alliance leader Nelson Chamisa has put the Zimbabwe ElectoralCommission (Zec) into a tight corner going into the Constitutional Court (Con-Court) hearing on Wednesday, saying its handling of the presidential ballot was fatally defective.

Chamisa is fighting tooth-and-nail to overturn the results announced by
Zec, which declared Mnangagwa as the winner of the presidential ballot
with 50,8 percent of the votes, against his 44, 3 percent.

Zec chairperson Priscilla Chigumba has now conceded in her response to
Chamisa’s petition filed on August 10 that there were clerical errors in
their figures.

In a potentially embarrassing blunder, Zec has now revised Mnangagwa’s win
to 50, 6percent, while increasing Chamisa’s votes to 44, 39 percent.

Chamisa who had been given up to 12 noon yesterday by the Con-Court to
file his answering affidavit, latched onto Zec’s gaffe in papers filed in
the superior court.

In his answering affidavit, he said these and other mistakes put the case
to rest and show that Mnangagwa did not get an outright win.

He said the figures of registered voters captured on Zec’s digital Compact
Disc (CD) vary invariably with those that it later announced.

“I point out in this regard that these respondents have conceded that
there are discrepancies with their figures. Those discrepancies are
material. The effect of a presidential election being a constituency-based
election will be related to in argument. It is clear however, that Zec
chose not to announce the results by
constituencies because of the discrepancies that I have complained of.

“The discrepancies are stark and it is significant that Zec has not
responded to them. Zec once again accepts that the numbers of registered
voters it announced are different from those on its CD. It also takes the
position that the figures on its CD are also wrong,” Chamisa said.

In his application, Chamisa claimed to have won the election with 60
percent and that Mnangagwa failed to garner enough votes for him to be
declared the winner.

He is therefore seeking an order for him to be declared the winner of the
July 30 presidential election, failure of which he is seeking an
alternative order for a fresh election to be conducted.

Last week, Mnangagwa filed his opposing papers, claiming he won the
election andthat Zec was correct in declaring him the winner.

The Zanu PF leader asked for the Con-Court to dismiss Chamisa’s
application with costs.

But Chamisa, through his legal team headed by Thabani Mpofu, said the
evidence is too overwhelming for the court to ignore his arguments.

He said his application is important and cannot be dismissed on
technicalities as is being demanded by Mnangagwa, adding that it will not
be acceptable for the Zanu PF leader to lead the country for five years
based on technical objections.

Chamisa said there were a number of issues that Zec had failed to address
in response to his application that include the fact that the first
results that came showed that he was in the lead and that there was no
explanation on why in Masvingo the number of voters ballooned to 84
percent from 60 percent in a space of an hour.

He further highlighted other alleged irregularities in some
constituencies.

“It is not correct that results from Harare came in late. The position
taken by these respondents is just too embarrassing in that they seek to
conceal a clear impropriety.

“I take note of the concession by first respondent that there were errors
in the results announced. I do not agree with the magnitude of such errors
and would make reference to the affidavits of the experts on the issue.

“It is not correct that not more people than those registered voted. I
refer to Zec’s own acceptance in relation to Belvedere. I make reference
to the Norton issue. I make further reference to the Hurungwe matter.

These are accepted by Zec. Falsely Zec tries to argue that there were
mis-postings. It does not even say so on oath choosing to rely on an
expert who cannot address that factual conspectus. Why is it that Zec
cannot state on its name and honour that there was a mistake?” Chamisa
queried.

He further castigated Zec for giving identical results from different
constituencies, adding that this cannot be sheer coincidence.

“Zec is not even ashamed of its position in this regard. Those identical
results cannot arise out of natural voting patterns. Zec cannot place such
a position before the court unless it has lost all respect for the
honourable judges who will hear this matter. The similarities will be
demonstrated further in argument. One would have expected a proper answer
to such serious an allegation,” he said.

He also said Zec had admitted that it went to an election with a suspect
voters’ roll, which posed questions on the credibility of the electoral
process.

“The number of votes cast in the presidential election does not square
with the voter turnout claimed by the Zec. The Zec does not adequately
explain a discrepancy of more than 70 000 votes, meaning the Zec does not
raise a genuine dispute of fact. In any event, we submit that the
irregularities in the 2018 presidential elections are so glaring that the
elections fall to be invalidated irrespective of which test is applied.

“The Zec admits it did not verify or otherwise check the Excel spreadsheet
that it used to capture, store and calculate the election results
generated by more than 10 900 individual polling stations. Its own experts
readily confirm that this spreadsheet was riddled with errors. At least 7
730 of these votes must be excluded due to double-counting of polling
stations. The Zec admits this discrepancy,” Chamisa said.

He went further to detail some more discrepancies in some constituencies,
adding that the electoral body fails to explain a discrepancy of 70 000
votes.

“The proper calculation and verification of election results is essential
to the right to a free and fair election. The Zec is the constitutional
and statutory custodian of elections. It is an organ of State with
heightened constitutional duties of candour and disclosure.

“Despite these duties, the Zec still refuses to make the V11 forms
publicly available. The MDC outlines in detail its attempts to obtain
original V11 and V23 forms.
They are not publicly available. Zec has refused to make them publicly
available, and has still not explained its obstructive attitude towards
public disclosure. Zec admits it has the original forms; there is no
reason why they should not be made available to the public,” Chamisa said
in his heads of argument.

He said the admission of the discrepancies by Zec discredits the
legitimacy and credibility of the election, further stating that all the
“ghost votes” accepted by Zec must be discredited.

“Expert evidence concludes that `the total number of the National Assembly
votes was 4 734 161 against a total of 4 774 878 for the Presidential
election’. Expert evidence concludes that there were, inexplicably, more
than 40 717 more votes in the presidential election than the parliamentary
election. This figure is not disputed by Zec. The number of votes cast in
the presidential election does not square with the voter turnout claimed
by the Zec,” Chamisa said.

The hearing of the application in on Wednesday.