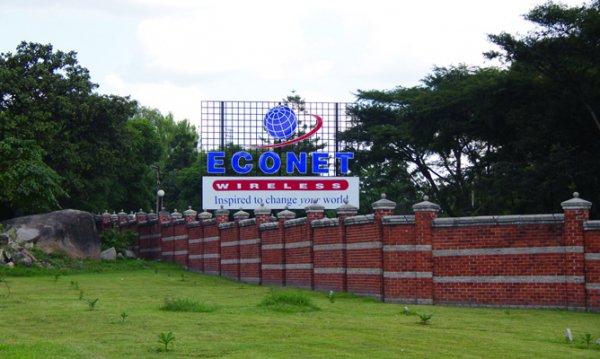 DISRUPTIONS to telecommunication networks will continue because operators owe millions of dollars to foreign firms for maintaining and upgrading their infrastructure due to the unavailability of forex to pay them timely, NewsDay has learnt.

Huawei, ZTE and Ericsson are owed millions of dollars for maintaining and upgrading the infrastructure of local telecoms firms. They have now suspended their services until they are either paid for services rendered or receive future payments upfront.

Delays in paying these foreign firms have led to the current telecommunication infrastructure failing to handle increased voice and data on the Unstructured Supplementary Service Data platform, leading to the network disruptions witnessed since Monday.

“I am not going to beat about the bush on these issues because it was Econet that was affected, so that is very correct that they must have had an overload on their systems and things like that. The fact that they are failing to pay, especially Ericsson. Concerning ZTE and Huawei, I think, they are negotiating with them. They really have serious problems with Ericsson…” said Postal and Telecommunications Regulatory Authority of Zimbabwe (Potraz) director-general Gift Kallisto Machengete, told NewsDay yesterday.

“. . . because Ericsson would want them (Econet) to pay… They are supposed to pay Ericsson and they have got a debt which they have failed to service and now Ericsson is growing cold feet in terms of coming to assist them in the network. They (Ericsson) now want some upfront payment or some big deposit to be made, but as you know our foreign currency situation is not good, so they have not been able to get that foreign currency.”

He said Potraz had engaged Ericsson about the problem of not receiving its forex payments to encourage them to continue giving assistance despite non-payment of dues.

Econet Wireless is the largest telecommunication company in Zimbabwe which is why most of the country was affected by the network disruptions.

However, other platforms such TelOne and NetOne were also affected as they use technology from mostly Huawei who are owed money for maintenance and upgrades, according to sources.

“Not only on Econet are there issues. We have problems with TelOne on their debt and again we have been approaching the RBZ (Reserve Bank of Zimbabwe) who has been assisting in the best manner possible,” Machengete added.

“We have been doing everything to make sure the sector remains afloat . . . we know our operators are having forex problems, which are affecting the network and that we are aware. All of them (telecommunication firms) have these challenges.”

According to industry sources, having foreign currency would allow local telecommunication companies to pay licensing fees in regards to using their network which are serviced by these foreign firms.

It would also help paying for maintenance and upgrades to what are known as ‘switches’ at base stations that help in the calling process and transmission between base stations as well as paying for international internet bandwidth.

Due to this rise, telecommunication infrastructure need to be constantly maintained and upgraded to meet rising demand which requires forex.

Econet, in emailed responses to NewsDay confirmed that they were experiencing forex exchange challenges and an increase in network usage.

Compounding the situation is the recent introduction of the 2019 Monetary Policy that legalised local currency into official tender forcing telecom companies to seek a review on tariffs.

Industry sources said days after the release of the 2019 Monetary Policy, the telecoms sector wrote to Potraz requesting an upward review of tariffs.

Machengete said they were currently considering those proposals and would need at least 14 days to look into the matter.