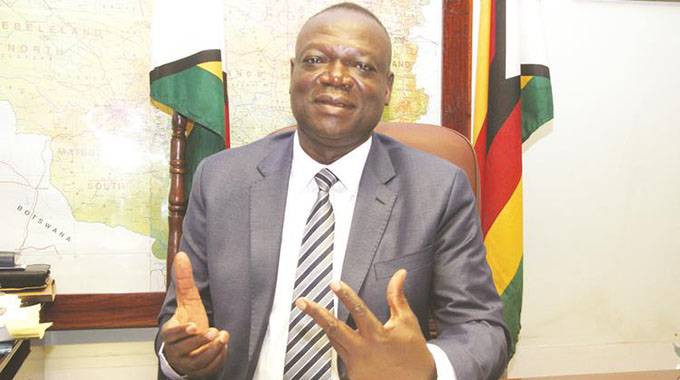 In a statement yesterday, Lands, Agriculture, Water, Climate and Rural Resettlement secretary, Mr Ringson Chitsiko said the new CSC board will be announced in due course.

“His Excellency the President of the Republic of Zimbabwe, Cde E.D Mnangagwa has approved the dissolution of the entire board of Cold Storage Commission by the Honourable Air Chief Marshal (Rtd) P. Shiri, Minister of Lands, Agriculture, Water, Climate and Rural Resettlement with immediate effect,” he said.

Mr Chitsiko said the President had also approved the appointment of the TIMB, ARDA, GMB, ZINWA and PIB boards with immediate effect.

The PIB board will be headed by Mr Craig Devenport, who will be deputised by Dr Sharai Ncube.

Other board members are Dr Thembekile Ncube, and Messrs James Chipunza, Andrew Shonhiwa and Bothwell Makodza.

“The seventh board member will be announced in due course,” he said.

The Zinwa board will now be chaired by Engineer Bongile Ndiweni, who will be deputised by Air Marshal Henry Muchena (Rtd).

The board was previously chaired by Engineer Michael Tumbare.

The TIMB board is now chaired by Mr Patrick Devenish, who replaces Mrs Monica Chinamasa.

Mr Chitsiko said the ninth board member will be announced in due course. ARDA will be chaired by Dr Muntubane Nzima who is taking over from Mr Basil Nyabadza.

Dr Nzima will be deputised by Dr Johannes Makadho.

The ninth board member will be announced soon.

GMB board will be chaired Ms Joylyn Ndoro who takes over from Mr Charles Chikaura while Dr Henry Mushinga will deputise him.

The ninth board member will also be announced soon.