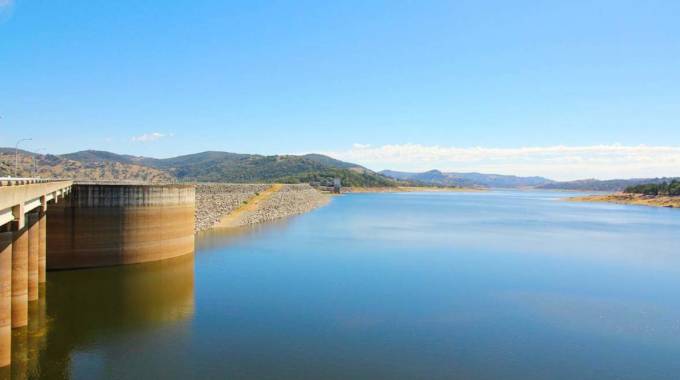 It is one of the major dam projects undertaken by Government to not only boost hygiene and sanitation but to promote economic activities tied to water bodies.

The dam will provide water to Machiki Irrigation Scheme earmarked for local farmers and villagers who were moved to pave way for its construction.

It will also provide water to Marondera University of Agricultural Science and Technology, including neighbouring farms.

Zinwa’s corporate communications and marketing manager Mrs Marjorie Munyonga told The Sunday Mail recently that Government will fund 10 major dam projects across the country this year — three of which will be commissioned before year-end.

“These dam projects, on completion, are expected to add tonic and impetus to the Government’s efforts to transform Zimbabwe into an upper middle-income economy by 2030.

“Work on the projects which had slowed down due to river flows is now resuming with the dams on different stages of completion,” said Mrs Munyonga.

“Causeway (Muchekeranwa) Dam on Macheke River, on the boundary of Mashonaland East and Manicaland Provinces, is now complete, full and spilling and ready for use. . .

“Work has also resumed at Gwayi-Shangani Dam, which is set to be the third-largest inland water body.

“The dam is currently 39 percent complete and is expected to be completed by the end of 2021 following the allocation of $4,5 billion for its construction in the 2021 budget.”

Authorities have allocated funding towards the development of new projects that include Kunzwi, Gwayi-Shangani Dam to Bulawayo pipeline, Vungu and Ziminya dams.

Government is mobilising domestic resources to fund major infrastructural projects, including the construction of dams, in an effort to climate-proof agriculture and harness water for industrial and domestic use.

Newer Post
Zimbabwe ruling elite more afraid of us, than we’re afraid of them – need for citizens to use their constitutional rights before they’re also taken away
Older Post
‘Foreign investors flock to Byo’