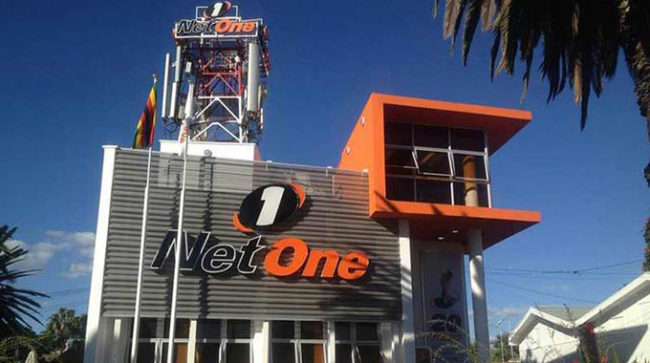 STATE-OWNED telecommunications firm NetOne chief executive Lazarus Muchenje, whose suspension was lifted yesterday by the High Court on a technicality, is facing numerous charges, in which he is accused of swindling the company of huge amounts of money.

The High Court also ordered the NetOne board of directors not to institute disciplinary proceeedings against him.However, according to the charge sheet, the NetOne board accuses Muchenje of prejudicing the company of at least US$2,6 million and ZW$10,4 million through unauthorised purchases, awarding himself huge allowances outside his terms of employment, and unilaterally allocating himself hefty holiday stipends.

He also allegedly included his personal domestic workers on the NetOne payroll and leased himself a deluxe company house in Harare’s leafy Borrowdale suburb for just a fraction of its market value, further financially prejudicing the company.

The business executive is also being accused of awarding himself a disproportionate bonus of ZW$$510 000 in December 2019 while his monthly salary was pegged at ZW$67 000.

The amount is way above the stipulated threshold for parastatal CEOs. According to the charge sheet, in November 2019, Muchenje allegedly allocated himself and

his wife ZW$895 000 as a holiday allowance although she was not eligible for it. In terms of his employment contract, only Muchenje is eligible for two all-expensespaid holidays, one regional and another international, and his wife is not covered.

“In November 2019, you wrongfully and unlawfully paid to yourself the total sum of ZW$895 000 for air tickets, per diem and entertainment allowance for you and your spouse in contravention of the terms of your contract of employment and without Board approval. You unlawfully encashed the sum of ZW$895 000 in lieu of your vacation holiday contrary to the express terms of your employment contract,” the charge sheet reads.

“In terms of this agreement Bankai purchased nine million minutes for US$1 million contrary to the company’s ruling rate of 36 cents per minute. Further the agreement contravened schedule five of SI (Statutory Instrument) 163 of 2008 (Postal and Telecommunications (international Termination rates) Amendment Regulations 2008. As a result the company was prejudiced US$2 240 000,” the document reads.

It is also the board’s case that Muchenje, on two occasions in June and August 2019, caused NetOne to purchase fuel worth ZW$7 637 382 and ZW$1 242 000 from LED Tours and Travels respectively without seeking board approval.

The board alleges that by so doing, NetOne ended up buying fuel at a price much higher than the officially gazetted pump price.“You did not seek the board’s prior approval before the said fuel purchases. You neglected and/or failed to ensure that the company did not buy from a bulk fuel supplier which did not have Zera (Zimbabwe Energy Regulatory Authority). You caused the company to buy fuel at above Zera gazetted prices from a supplier without first going to tender, using request for quotations method of procurement, as a result of which NetOne paid more than the Zera gazetted pump price,” the board alleges.

“After obtaining the market-related rentals for the said house, you proceeded to occupy the fully furnished company house for a nominal rental of ZW$1 000 per month, contrary to the recommended sum of US$3 500 per month for a fully furnished house, thus causing substantial loss to the company,” the charge sheet reads.

Muchenje, the board further alleges, bought household goods and appliances using company funds, at a cost of ZW$623 587 without the board’s approval.
He also added his domestic workers stationed at the property to the NetOne wage bill as well as unlawfully hiring 24-hour security guards at the house at the company’s expense.

Muchenje was also implicated in a second-hand vehicle procurement scandal. The board alleges that on or about February 8 2019, Muchenje allowed Severa to procure 12 pre-owned and problematic vehicles for company use, which have since proven costly to maintain.

The vehicles were over the five-year age limit provided for in the company’s vehicle policy.“The company not only paid out the sum ZW$546 712.50, but has to date paid the sum of ZW$233 625.87 in repairs to the vehicles,” the board says.

In his employment contract, Muchenje agreed to provide his own vehicle to facilitate the fulfilment of his duties. To enable him to do so, the company facilitated a vehicle financing scheme with Stanbic Bank, terms of which he would pay the loan out of his monthly salary.

He accessed the vehicle loan facilitated by the company, resulting in him buying a car which he never used for work purposes in according with his employment contract.

Instead, the board alleges, he allocated himself two motor vehicles, namely a Navara twin cab and a Mazda 3, which was later replaced with a VW Passat CD 20. He is also accused of hiring a Fortuner motor vehicle for personal use in contravention of his contract. Muchenje is also being accused of defying a board instruction for him to hand over documents to auditors during the audit period.

Efforts to get a comment from Muchenje were fruitless as he initially said he was on another call while further phone calls to him went unanswered. Muchenje read questions sent to him, but did not respond.

He said: “Our actions will be guided by the government audit and statutes which stipulate operations of state entities. They will also be guided by the cardinal points of Vision 2030, one of which is eradication of corruption. We will not condone corruption so the law has to take its course. We also want to bring back sanity at NetOne and make it into a telecomms giant.” — Staff Writers.