New geyser law on the cards 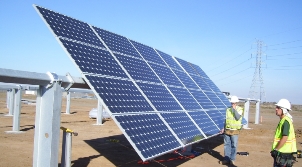 HARARE – Government will in the next few weeks gazette solar water heating (SWH) geyser regulations, a senior government has revealed.

The gazetting of regulations will mark the beginning of ambitious national project.

It is estimated that about 300 000 electric geysers are currently installed in Zimbabwe and these, according to Mbiriri are responsible for 40 percent of average household energy costs.

“The regulations on solar water geysers will be gazetted in the very near future, probably in the next week or two. Indications on the ground are that consumers are ready to embrace solar geysers for water heating.

“As you might be aware, electric geysers consume about 40 percent of electricity at household level. This power is being wasted as it is not being used productively hence the solar geysers initiative. My ministry is advocating for energy efficiency,” Mbiriri added.

Government launched the solar water geysers project three years ago, but failed to swiftly promulgate the law, a move which delayed the kick-off of the project.

The project oversight was placed under the Energy ministry, with the country’s integrated power generation and distribution company, Zesa Holdings’ unit, the Zimbabwe Electricity Transmission and Distribution Company (ZETDC), being the implementing agent.

The success of the renewable energy programme is significant not only because it is a major step towards sustainable power, but also because Zimbabwe has an enormous solar energy potential which, if exploited can supply approximately 10 000 gigawatts hours of electrical energy per year.

Zimbabwe is a perfect arena and space for massive solar water heating projects given that the country has access to over 3 000 hours of sunshine per year, meaning that harnessing such a natural source of energy will go a long way in stimulating and sustaining growth in the fragile economy.

Furthermore, diversifying the country’s energy sources would be beneficial for the nation’s energy security. Besides, it would have transformed the energy market.

Analysts said the project would go a long way in helping the country save power from the national grid by between 300 megawatts (MW) and 400MW by 2018, which experts described as a virtual power plant.

It is also hoped that power to be saved would be channelled to other productive sectors of the economy as the country is battling to find solutions to its perennial power shortages.

The financing mechanism proposed by government, is that consumers would access geysers on credit and then recover the cost through ZETDC prepaid platform.

It is estimated that to install about 250 000 units, Zimbabwe requires about $200 million, a figure government can find difficult to mobilise.

South Africa launched the solar water heater programme in 2008 and was driven by the department of Energy, and managed by South Africa’s power utility Eskom.

This was, however, on a voluntary scheme, unlike the Zimbabwe government’s strategy to make it compulsory for everyone.

The South African project experienced problems and only about 400 000 households and commercial buildings of the targeted one million units were installed in nearly 10 years.

Now, Eskom has failed to continue with the project and it has migrated back to the Energy Department, which has since abandoned the project.