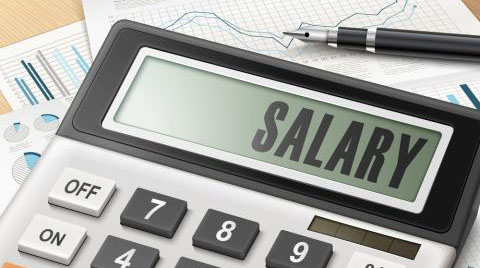 PRONOUNCEMENTS by Government and the Reserve Bank of Zimbabwe (RBZ) on June 17, 2020 generated a lot of debate and excitement among Zimbabweans.

The Government announced a 50 percent upward adjustment on salaries across the board for civil servants, which is complemented by a US$75 tax-free Covid-19 allowance, valid for three months.

The allowance was also extended to Government pensioners, who will get US$30 per month.

On the same day, the RBZ announced the abandonment of the fixed exchange rate regime in favour of an auction trading system with effect from June 23, 2020.

What does all this imply?

The inflationary environment makes it imperative that any employer in Zimbabwe constantly reviews workers’ salaries as a cushion against the constant erosion of purchasing power.

Thus, the 50 percent upward salary review should be seen in that light.

However, the annual inflation for Zimbabwe as measured in May 2020 was at 785,5 percent. This means that if the increment does not take the current salary for the civil service staff to 785 percent higher compared to what they earned in May 2019, it will not be able to sustain their 2019 lifestyles.

Therefore, it is expected that the 50 percent increment will soon be reviewed upwards again, as it is way below the inflation level.

But it is difficult to keep up with inflation, hence Government has topped up this increment with a foreign currency component of US$75 per individual over three months.

The composition of the allowance in foreign currency has already excited the market, with a lot of discussions on implications.

The same principle can also be applied to Government. While the bulk of Government’s earnings, as measured by tax collected, is denominated in local currency, there is also a component that comes in foreign currency.

For example, in the 2019 National Budget Statement, Government announced about 127 product tariff lines that would be levied duty in foreign currency.

Although the idea was to discourage the importation of such products, a look at the import statistics confirm that some of these products are still coming in, hence Government is collecting some tax revenue in foreign currency.

In current discussions and debates, people also consider the portion of foreign currency that Government retains from exporters as part of earnings for Government.

However, under normal circumstances, this should not be associated with Government earnings, given that what Government would simply be doing is converting exporters’ proceeds into local currency, ideally at no profit.

The export surrender requirements are generally meant to create reserves for use in balance of payment support, among other uses. Thus, the capacity for Government to pay its employees in foreign currency should ideally not be assessed beyond tax collection effort.

The big question then becomes whether Government’s tax collection can make it afford to pay the civil service staff and pensioners the three-month allowance promised.

While the actual capacity cannot be estimated with precision, a look at the foreign currency tax base would be very revealing as to whether Government has the capacity to pay the allowance from its earnings, without resorting to running down its foreign currency reserves from the surrender requirements.

The import patterns in 2019 for a few selected products out of the 127 tariff lines using ZimStat data shows that the foreign currency tax base for Zimbabwe was large in terms of customs revenue.

These product lines show that commodities worth about US$48,8 million were levied duty in forex as shown in the figure below. The greatest chunk of this, constituting about 83 percent, was personal vehicle purchase.

Assuming that personal vehicles are levied duty ranging from 80-96 percent of the CIF value, then at least US$33 million was realised from motor vehicle customs duty only.

Adding these other line items shown in the graph, it is quite apparent that Government collected not less than US$35 million from customs duty alone.

The recently released 2019 Zimbabwe Labour Force Survey shows that there are about 17 643 non-governmental organisation employees in Zimbabwe.

Assuming a modest average salary earning of US$500 and that tax obligations would be a third of this amount, then a further US$35 million was realised from NGO employee tax for the year 2019.

Based on these statistics, Government has committed to paying just over US$66 million over the three months as allowances for workers and pensioners combined. The illustration of this assumption is shown on the second figure, and it shows that what Government earns in foreign currency has the capacity to pay the committed amounts in foreign currency.

Likely impact on the market

What will be the impact of this move? First, the reason for paying in foreign currency is to help civil servants keep their allowances as savings.

Given that there is a dearth of confidence in the local currency, had the allowances been paid using the Zimbabwe dollar, they would have found their way to the parallel market to buy the US dollar which can preserve value.

This would have exerted pressure on the exchange rate.

Thus, Government has been able to mitigate the rate of explosion by giving the allowances in foreign currency.

The RBZ issued a directive over the last two weeks where banks were asked to refuse to cash in any foreign currency transaction that is not corresponding with physical deposits of hard cash.

Unless Government would ensure that each bank would get physical cash in line with the size of its civil service clientele, it was bound to be difficult to get the allowances in hard cash.

However, the press statement from Government also instructs the RBZ to ensure that there is infrastructure to facilitate transactability.

It has already been announced that the Nostro balances will be exchanged for commodities without necessarily withdrawing hard cash.

The only comfort is that the RBZ press statement shows that with effect from June 23 these balances would be exchanged for local currency at a rate which is higher than the current $25 per US$1 based on an auction system.

The fixed exchange rate was no longer making sense as it implied, for instance, that bread in Zimbabwe was costing more than US$2, which would make Zimbabwean bread (and any other commodity) the most expensive in the world.

However, although the allowances can be transacted with, there will still be a huge demand for holding foreign currency in Zimbabwe. There is little confidence in the banking sector, to such an extent that there will be many who would be prepared to exchange their Nostro balances for cash.

The only way out for Government is to make transacting in the Nostro balances as hustle free as possible, which improves confidence on holding the balances.

If this happens, even if another exchange rate were to emerge, it would not only be low, but also stable.

Currently, Government has been giving signals that the country is moving towards de-dollarisation rather than re-dollarisation. With this current measure, it will be a difficult task to steer the market expectations towards any other direction which is not re-dollarisation.

The role of expectations in influencing the exchange rate need not be overemphasised.

The three month window of the facility also means that the allowances should be treated as “transitory” rather than “permanent” income.

Only anticipated permanent income should be smoothed for consumption over time, while any income that is transitory should be saved rather than entering into the consumption function.

In other words, since the allowance is stopping after three months, the consumption habits should not be affected by transitory income. It should be treated as a saving, or channelled towards acquisition of other essentials outside consumption.

If a household would consider this transitory income as permanent and increase their consumption habits, the end of the three month period would cause discomfort to the households when the buying power becomes reduced.

This would also explain why Government decided to give the allowance in US dollar so that it serves as a saving, which can maintain value, rather than an immediate consumption initiative.

However, given that the current earnings are not enough, it therefore follows that Government should be prepared for another intervention post the three months, as only a few would have the luxury to treat the allowance as transitory rather than permanent income in terms of consumption habits.

Cornelius Dube is an economist. He holds a Masters Degree in Economics and has more than 16 years experience in economic policy research and analysis.