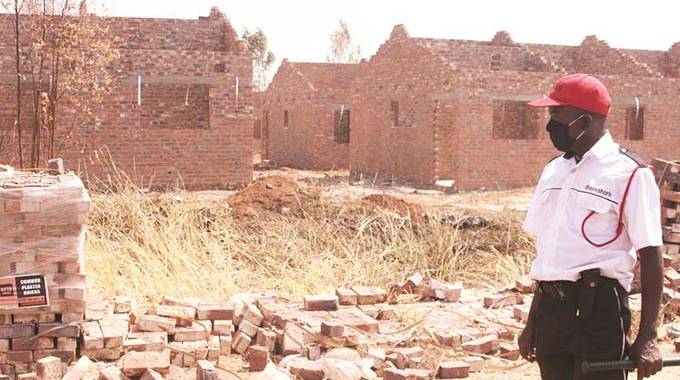 Leroy Dzenga
Herald Reporter
A large cluster of new suburbs is taking shape in Norton with 2 026 homes planned in public-private partnerships under the supervision and control of the Government’s Udcorp agency, which wants to ensure planning and development rules are enforced and that the new home-owners will have a hassle-free journey to fulfil their dreams.

The suburbs are part of the new policy of doing it right from the word go, mobilising all resources and setting and enforcing standards to start building the homes that are required by a middle-income population in a middle-income country under Vision 2030.

Tired of seeing greedy land barons defrauding the desperate, housing lists being manipulated and dubious housing cooperatives cutting every corner, the Government through Udcorp, which has been cleaning up the mess, reckons the way to avoid the need for regularisation and fixing up failed schemes is to do it right the first time.

The Knockmalloch suburbs in Norton, about 38km from Harare city centre, are promising to be a break from the chaotic recent past in urban development.

The project comprising of 2 026 residential stands is different from others in areas like Harare South where people have been settled without basic services such as roads and water.

By last week most of the basic services were in place — most of the roads already tarred, storm drains already in place and reticulation pipes were being installed.

This means when people finally move into houses, some of which are already under construction, the complaints which have been echoing from new settlements like Harare South and Harare East will not surface.

While under planning rules, as well as common sense, the roads, water pipes, drains and sewers are supposed to be in place before the first foundation is dug or brick laid, this has not been happening in recent years in too many schemes.

While there are competent and honest private developers, who obey the laws, the dishonest land barons and the get-rich-quick cheats have been active. Harare South up to now does not have running water or sewer reticulation due to these opaque approaches to housing development.

In November 2018, Udcorp was complaining that it spent more time sorting out the chaos at new settlements instead of leading the birth of new settlements.

Then Udcorp head Hashmon Matemera was quoted at the time saying: “We are re-focusing the corporation back to its core business. We had actually over time, lost the ability to engage into urban planning where we anticipate urban trends and plan for them.

With the new project, private capital is not going into housing unsupervised. At Knockmalloch there is a public-private partnership approach which is being taken to ensure all developments meet the Government expected standards before occupation.

Responsible corporates are building houses under the scheme, and are being encouraged to build more.

Cement manufacturer Lafarge has made early strides with about 25 units which at the time of The Herald’s recent visit were almost at roof level.
In a recent interview with The Herald, National Housing and Social Amenities Minister Daniel Garwe said the door was open for corporate involvement in this project.

“Government does not have all the money that is required to ensure these programmes become a success. But it has got land and we have said to the private sector, why don’t you bring your financial resources and we will avail the land?”

The new estate near the Lake Chivero, has all the makings of a self-sufficient suburb.

Those with means will have a private low-density estate which will be overlooking Lake Chivero, an endowment which is considered to be an uncontested show of luxury.

Zimbabwe has a housing backlog running into millions and Government is targeting 200 000 houses by 2023.

If the Norton model is properly implemented it can be a basis on which the grand plan is put into effect.
Government and private players pulling in the same direction under clear guidelines could be exactly what the country needs to clear the housing backlog.