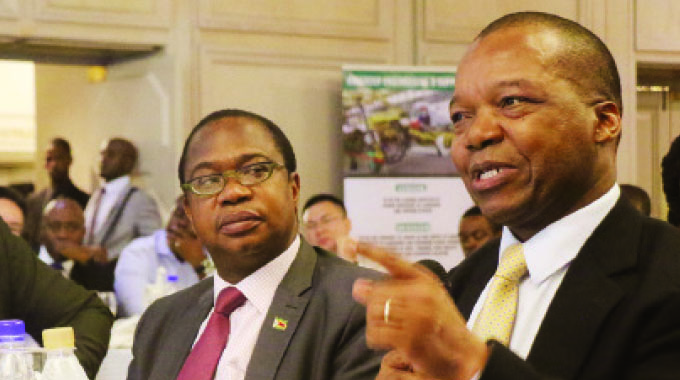 The recently introduced bank notes and coins as a strategy to satisfy legitimate demand for coins and small notes will not fuel inflation as is feared by some, Reserve Bank of Zimbabwe (RBZ) Governor Dr John Mangudya has said.

Governor Mangudya said this while speaking at a mining stakeholders’ breakfast meeting in Harare yesterday on the roadmap towards the realisation of Government’s US$12 billion mining sector milestone.

The RBZ on Monday began releasing the first batch of new $2 bond coins, $2 and $5 notes into the market for what is expected to culminate in a total of $1 billion over the next six months.

The new coins and notes when added to $855 million bond notes and coins already in use, bring issued cash to just under 10 percent of total deposits in both local and foreign currency thus keeping Zimbabwe below the regional average of 12 percent.

Before the introduction of the new coins and notes, Zimbabwe had the lowest cash to total deposits ratio in the region at just below five percent.

In light of the introduction of the new coins and notes, Dr Mangudya said, there had been some misplaced fears that this will in turn drive up inflation due to a perceived oversupply of money.

“Many people have asked me, even yesterday I saw on television people were being asked if an increase in money supply or increase in bank notes won’t cause inflation,” said the RBZ Governor.

“The answer which I will give you today, which you need to spread even to your churches and your business sector, is that it will not increase inflation.

“Because yesterday you had $1 500 in your account, you could have used that money to buy goods and services now that you are now changing its formation from electronic money to cash, it doesn’t increase inflation,” he said.

The RBZ head also assured economic players that the economy is past its darkest hour and is now on the road to recovery.

He warned executives against knee-jerk decisions informed by misplaced fear of continued economic downturn as these will come back to hurt corporates.

Finance and Economic Development Minister Mthuli Ncube has also said his 2020 national budget presentation today will also signal an end to austerity and usher in a new phase of economic growth.

“Where we are now as an economy, we do believe the economy is going through a transformative stage. During that transformation, you need to be careful because sometimes you might throw away the baby with the bath water not understanding where things are going,” said Dr Mangudya.