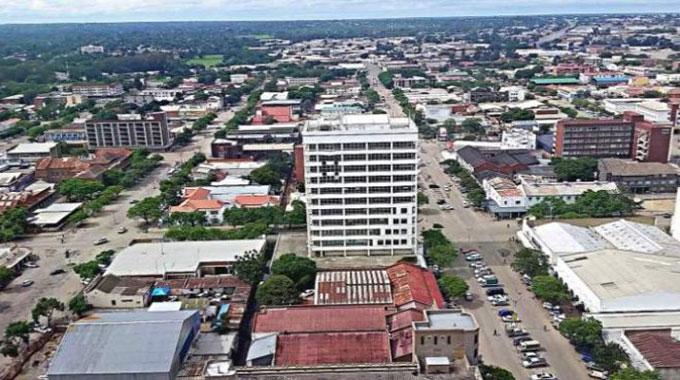 Vusumuzi Dube, Senior Municipal Reporter
THE new Bulawayo City Council (BCC) town planning department is expected to spearhead the repositioning and transformation of the city to becoming smart and transformative by the year 2024.

Councillors recently endorsed moves to separate the city’s town planning department from the engineering services department, as part of moves to decentralise and decongest the Central Business District by creating new business centres and markets. The new department will come into effect as from 1 January 2021.

Responding to questions from Sunday News, the city’s mayor, Councillor Solomon Mguni said council has had noted that with the town planning department falling under the engineering department, there was lack of continuous planning hence complaints from residents that the city was not growing.

He said engagements had shown that the roles and professions of engineers and town planners are different and could not fall under one umbrella department.

“The current administration took note of the concerns of residents who have been complaining that the city is not growing; is deteriorating and has lost its beauty. The investigations that we did pointed out at lack of continuous planning. Residents have been coming to us asking about estate registers and management policy.

“The current administration’s vision of creating a smart and transformative city by the year 2024, can only be realized if we have a dedicated planning department; with a director who reports direct to a council standing committee. Remember what we said and promised in our inaugural mayoral speech; we pledged to reposition this city and transform it; and you don’t transform if you don’t make planning a top priority,” said Clr Mguni.

He said the new department will mainly focus on development planning, economic development and research; estate planning and management as well as valuations.

“Currently, the most topical issue is on urban regeneration and renewal of the inner city and our old suburbs of Makokoba; Nguboyenja; Mzilikazi, the re-organisation of the vending markets to decongest the CBD and the planning of a viable urban commuter or public bus system. If you look at all these things; they require planning tools that are in place and planning is a continuous daily process.

“So basically, this is time for refocusing and ensuring that our engineers work on their specific areas. Water is a serious challenge in Bulawayo. Sewerage bursts are a problem. Our roads infrastructure is dilapidated. Public lighting is not functional. These speaks to real service delivery challenges. We want our engineers to be right there. We don’t want to overload them with issues of planning. People will think that our engineers are incompetent yet we are overloading them,” he said.

Clr Mguni refuted claims that the setting up of the new department was going to be costly as the local authority would have to employ new personnel, noting that there already was a set establishment.

“We are not employing new people. We are simply moving sections and branches from other departments to put them under one unit. That should be at no costs. The committee to which the department will report to is already there. Remember; the town planner is already reporting to the Town Lands and Planning Committee.

“It’s not about the individuals who are serving or who will serve in the new department; it’s a systems calibration by deploying human capital where they can serve our vision better. This we believe it will set a new trajectory for the renewal; decongestion and growth of the city by giving a new impetus to the current administration,” said Clr Mguni.