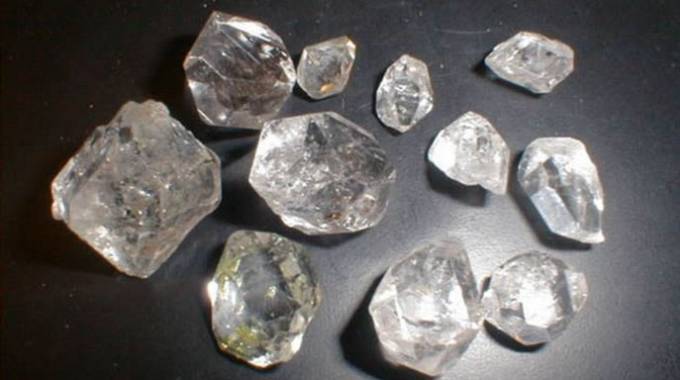 An internal probe conducted by the new management of Zimbabwe Consolidated Diamond Company (ZCDC) into allegations that 10 000 carats were stolen from the State-owned firm in 2016 has revealed that the gems were actually sold in a transaction “that was above board”.

An internal audit memo dated October 16 2019 seen by The Sunday Mail indicates that the diamonds were sold to Harvest Way Enterprises Limited — a Hong Kong company — to facilitate training of students in the beneficiation of diamonds.

“Inquiries made with the finance and marketing personnel indicate that two batches of approximately 10 000 carats were sold to Harvest Way Enterprises Limited in 2016 and these were all paid for,” reads the internal memo.

“Diamonds were then sold to Harvest Way at reduced prices; that is, royalties of 15 percent and the MMCZ commission of 0,875 percent were exempted,” it adds.

The exemptions, which covered a three-year period, were apparently approved by former Mines and Mining Development Permanent Secretary, Professor Francis Gudyanga, on January 8 2016 in a letter that was addressed to then ZCDC acting chief executive officer, Mr Mark Mabhudhu.

The case has attracted the interest of the Special Anti-Corruption Unit in the Office of the President and Cabinet (Sacu) and the Zimbabwe Anti-Corruption Commission (Zacc), which separately confirmed that they were looking into the transaction.

Sacu chair, Mr Tabani Mpofu said his office compiled a report that has been forwarded to Zacc.

Zacc chair Justice Loice Matanda-Moyo confirmed receiving the report, which is presently being perused by investigators.

Stakeholders in the diamond industry, however, are worried that there seem to be contrived news stories calculated to besmirch the image of the local diamond industry ahead of the plenary meeting of the Kimberley Process in New Dehli, India, from November 18 to November 22.

Government has been cleaning up State-owned enterprises in order to make them efficient.

It is now under the management of acting CEO Mr Roberto de Pretto.

ZCDC said in a statement released to The Sunday Mail, the company remains compliant with the Kimberly Process and continues to invest in its security system.

“For the first time in the company’s history ZCDC has published all its audited accounts since formation in 2016,” read part of the statement.

“Production has also continued to grow from one million carats in 2016 to a projected three million in 2019. Contrary to some media reports, the company does not use forced labour within its operations. Not only is this in conflict with stated corporate governance rules and values, but it is also against the laws of the country. The recruitment practices are stringent and abide with best professional standards that compare to any diamond operation around the world.”

ZCDC is reportedly investing into latest surveillance technologies such as drones that are backed up by rapid response teams.

“At present, huge investments are being made to strengthen both electronic surveillance as well as access control of ZCDC premises.

“The annual Diamond Stakeholder Indaba has also been useful in strengthening relations with various civic society bodies and other stakeholders,” it said.