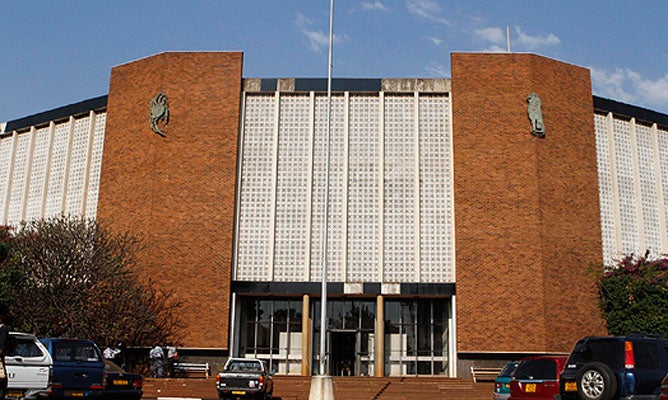 JUDICIARY workers have formed a new union, Judiciary Employees Union of Zimbabwe, to defend them against arbitrary dismissals and transfers after being left out of the Apex Council.

Secretary-general Percival Mcijo yesterday said they had registered the union under the Public Service ministry.

“Workers under the JSC [Judicial Service Commission] who are not judges, prosecutors and magistrates realised that they were being left out in all the negotiations taking place in the country around their labour issues and payment of their salaries was done arbitrarily without them having representatives to bargain for them at the Apex Council,” Mcijo said.

“The employer was just imposing wages and conditions will-nilly and this time around, they decided to form a union to push their issues. The employer has been notified and now knows there is a new baby on the block.”

The union notified the JSC of its formation in a letter dated September 9, 2019.

“The union would like to put it on record that it is apolitical and will always be mindful to promote harmony at the workplace. Further, it will endeavour to identify and solve problems promptly and fairly and bring productivity benefits to the commission.”

Mcijo said the unions are not there to fight employers, but to negotiate for workers.

He said members of the union were all JSC employees, excluding judges, magistrates and prosecutors.

“The union is yet to be officially launched and I am the SG of the union, Daniel Dube is the national organising secretary and Zenzo Muzhuruki is the national chairman. We intend to affiliate the union to the Zimbabwe Congress of Trade Unions (ZCTU),” Mcijo said.

“We also need to participate in the Apex Council salaries and conditions of employment negotiations like other unions. We want to network with other trade unions with similar nature in Africa and under the International Labour Organisation. We also want to participate in all activities that workers celebrate every year such as Workers Day and other internationally-recognised events. The issues we will be dealing with are unfair dismissal, re-deployments, and imposed wages.”

Mcijo said they would also have works councils at stations where workers are based and workers committees will be elected to deal with work floor-level issues.

“We intend to hold our inaugural congress next year and dates will be advised as time goes on,” he said.