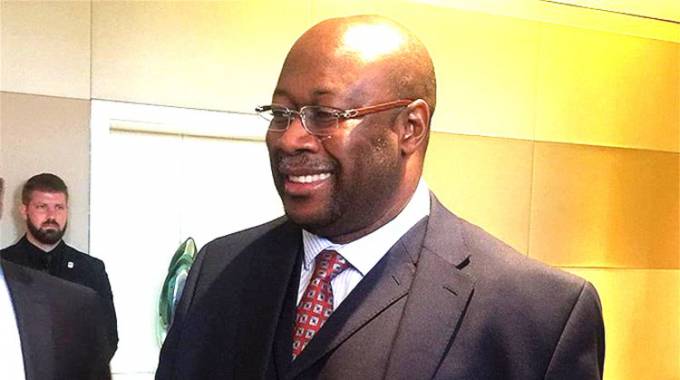 President Emmerson Mnangagwa will preside over the commissioning of three mining projects – two in the chrome sector and one in coal and hydrocarbons – over the next two months, as Government steps up efforts to exponentially increase revenue generation from the sector to US$12 billion over the next four years.

Negotiations with an unnamed investor expected to establish mining operations that will produce six tonnes of gold per year are also reportedly underway. The envisaged growth in revenues is premised on  increasing output in both greenfield (new) and brownfield (existing) mining projects, including plugging leakages.

“I have no doubt that this target will be achieved. Our ministry is committed to this milestone and we will be giving regular updates. In the near future, we will also unveil the mineral development policy. It is accurate to say that the target is actually being achieved as we speak because some of the projects that will anchor this milestone are well on course,” said Minister Chitando.

“In the next two months, the President will preside over commissioning of three projects. One in coal and hydrocarbons and two in the chrome sector. Next year, progressively we will have a lot of other new projects,” he said.

Gold producers are forecast to generate US$4 billion – a third of the target – while platinum and diamonds will weigh in with US$3 billion and US$1 billion, respectively.

Coal and hydrocarbons will contribute US$1 billion and chrome, nickel and steel are projected to generate the same amount.

Receipts from lithium (US$500 million) and other minerals are forecast to cumulatively rise to US$2 billion.

Government believes that the US$4,2 billion Karo Resources investment will be the anchor project in the mining sector and have a significant impact on both revenues and economic development. In a latest update to investors, Mr Phoevos Pouroulis, the chief executive officer of Tharisa Holdings – which is listed in London and Johannesburg and has a 26,8 percent interest in Karo – said results from early exploration work in Zimbabwe were very encouraging.

The platinum venture is of such enormity that it is projected to produce 1,4 million ounces per annum, which dwarfs the combined output of the country’s three platinum mines – Zimplats (about 280 000 ounces) , Unki (85 000 est) and Mimosa (120 000 est).

Zimplats, which is the biggest in the sector, presently employs more than 12 000 people, while Mimosa and Unki have 3 000 and 2 300 workers respectively. Karo – forecast to become the country’s largest integrated platinum mining and refinery operation – expects to hire more than 15 000 people.

Further, Zimbabwe and Russia will this week take stock of the US$400 million Great Dyke Investment project during the inaugural Russia-Africa Summit in Sochi, Russia.

Minister Chitando said although there have been some delays, the project, which will produce 290 000 ounces of platinum, is “still going ahead in a big way”.

“At the beginning of this year, the President visited Russia and secured investment for the project. So, we can expect project implementation to start anytime. This project is not going back. We also have the Russia-Africa Summit next week (this week), so obviously this is yet another opportunity to take stock of the project at the highest possible level,” he said.

However, in a roadmap document titled “Zimbabwe’s mining sector: A US$12 billion industry by 2023”, Government said a new platinum mine, whose details would be announced by the end of December this year, would produce 108 000 ounces. Overall, Government projects -the four major platinum projects -will produce 2,4 million ounces, generating more than US$3 billion.

But, “special attention” will be given to the gold sector, where a haul of 100 tonnes is being targeted by 2023. There are plans to open closed mines and ramp up production in existing ones.

Already, the ministry has met representatives from the Chamber of Mines of Zimbabwe and the Zimbabwe Miners Federation to discuss ways of surpassing the set target.

Minister Chitando said Government is currently crafting a multipronged strategy that will involve plugging leakages, supporting medium to large-scale miners and rolling out gold centres. Eureka Gold Mine recently announced that it will resume production in the next 18 months (by April 2021).

The mine targets to produce two tonnes per annum.

In addition to the four diamond mining companies – ZCDC (Zimbabwe Consolidated Diamond Company), Alrosa, Anjin and Murowa – there will be two new entrants before the end of the year.

“Murowa Diamonds, Alrosa, Anjin are working on expansion of kimberlite production, which has a higher value per carat than the alluvial and industrial diamonds currently constituting a significant portion of the country’s diamond production,” observed the recently launched roadmap document.

Chrome, iron ore, and steel are earmarked to rake in US$1 billion as new furnaces are ready for commissioning by Chinese investor, Afrochine.

New ferrochrome production has started at Jinan in Gweru, where a state-of-the-art AI Electrode Paste Plant – considered the first in Zimbabwe – will be commissioned.

Various lithium projects that are presently under development, including Arcadia Lithium Mine, will tentatively haul in more than US$500 million.

Notwithstanding direct power imports from regional suppliers, some local mining companies are already planning to establish independent power plants that will support their operations.

For example, RioZim has already struck a US$200 million agreement with China Gezhouba Group International Engineering Corporation (CGGC) for the construction of solar power plants with combined output of 178 megawatts.

“We would like to request Government to repeal certain laws, like the Gold Trade Act, Section 3, which criminalises gold possession, since such laws were meant to ensure black people would not attempt to venture in the industry. . .100 tonnes is a gettable target, but because of poor remuneration and repressive laws, our artisanal miners prefer selling their gold to more lucrative markets, where they are paid better rates,” she said.

Mining expert and University of Zimbabwe chairperson of the Institute of Mining Research Lyman Mlambo said the US$12 billion target will be anchored by the ‘big four’ minerals – gold, platinum, chrome and diamonds.

“If these four sub-sectors alone can achieve their targets, we are already at US$9 billion. We still have the coal/hydrocarbons and other important sub-sectors like nickel, cobalt, copper, lithium and the various smaller ones,” he said.

“I think a target of US$12 billion in the next four years is realistic. Progress towards achieving the targets will be reviewed regularly, according to the Minister, every few months, which will effectively backstop the whole programme. I know constraints and the issue of costs are there, but these will always be there.”